Home Celebrity Some curiosities you may not know about Sam Winchester 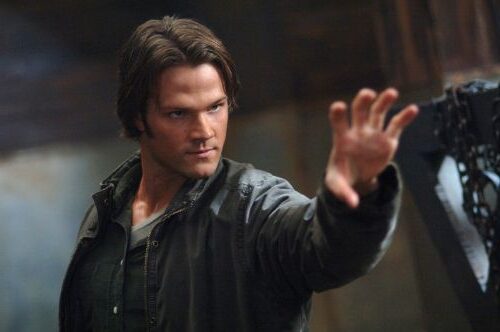 Sam Winchester, played by Jared Padalecki, is one of the most iconic characters in the fantastic Supernatural series. The protagonist fights alongside his brother Dean (Jensen Ackles) to defeat supernatural creatures.

The youngest of the family is a hunter with incredible abilities. Various talents of the character have been revealed during the 15 seasons of Supernatural, however, some details about the protagonist are not so clear to the public.

Therefore, a digital medium has classified some facts about Sam Winchester that do not make any sense and here we list them for you:

Ruby (Genevieve Cortese), in particular, plays a huge role in Winchester’s journey. It is she who “helps” Sam to save Dean; but in the end, she was on the side of Lucifer (Mark Pellegrino). Dean never liked her, and Sam should have listened to her brother, mainly because from the beginning of the series the brothers discovered that they shouldn’t trust demons.

Certainly this is one of the facts about the character that the Supernatural fan doesn’t understand today. At the beginning of the series, Sam is shown to have some telekinetic powers and visions. However, they disappear completely after season 2 and quickly return in season 11.

Samuel (Mitch Pileggi) was resurrected in Supernatural and, although Sam knows the problems this can cause, he does not once question the attitudes of his grandfather, who even arrived soulless.

Throughout Supernatural, Sam resumes the line that if he dies, he wants to stay dead, without being resurrected. However, the question arises: If he is dead, how does the character want to continue saving the world?

Choose not to remember the time without a soul

In season 6 of Supernatural, Sam spends time without a soul. After recovering it, he discovers the period, but prefers not to know what happened and continues his life as a hunter as if nothing had happened. Throughout the chapters, he remembers details, but still seems to be calm without knowing anything.

Continue hunting after losing your life (the first time)

In the first season, Sam loses his girlfriend and the father dies. The monsters are the reasons for the death of the two and it makes sense that Sam wants to defeat the creatures. Despite this, at the end of the Supernatural season, Sam himself dies and Dean kills the demon Azazel (Fredric Lehne). After coming back to life, Sam got rid of the demon and could have carried on with the life he always wanted, but decided to continue as a hunter.

Jack is a very mysterious character and his powers remain a mystery. So it didn’t make much sense when Sam soon brought the young man into the family. After so many misfortunes, Winchester should be more attentive to new acquaintances.

BTS: Suga updates ARMY on his health, how is he feeling?