Home Entertainment Some Apex Legends players Want the rating to be changed to solve... 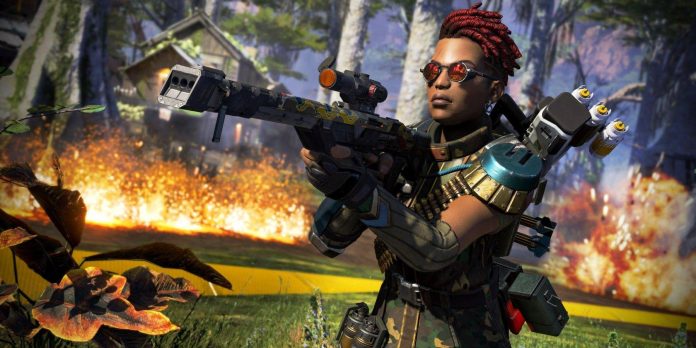 The 14th season of Apex Legends, known as Hunted, is almost here, and Respawn Entertainment has already introduced a lot of new content and changes that await you in the royal battle. For example, a new Legend Vantage is being added to the game, and changes are being made to Kings Canyon. In addition to this new content, some players hope that the developers will make changes to solve problems with Smurfs in rating matches.

Smurfing is nothing new in video games; a number of competitive online games have had to solve this problem one way or another. Unfortunately, Apex Legends is no different, as over the seasons, high-level players have created new accounts for the game and often crushed less experienced players. On the eve of the release of the 14th season, some players are calling on Respawn Entertainment to make adjustments to the rating mode to combat such problems with smurfing.

On Reddit, many community members started discussing possible changes to rating games to improve the player experience. In particular, one user, known as Mayors_Son, started a thread in which he suggested Respawn Entertainment to increase the level requirements for the competitive mode. According to a Reddit user, they suggested that new accounts should be required to reach Level 50 before playing Ranked, which makes it difficult for potential Smurfs to join a low-rated lobby. In addition, it will require new players to get used to the game before jumping into a competitive environment.

How is there no higher level requirement for ranking yet? from apexlegends

In addition to this idea, others on Reddit have suggested that players link their mobile phones to their accounts to play Ranked. A number of users even noted that several other competitive online games are already forcing players to do this, for example, Overwatch and Dota. This will add another step that players will have to go through to start smurfing, which, according to Reddit users, will minimize the problem in Apex Legends.

Unsurprisingly, smurfing is a concern for many users, as smurfing can often compromise the integrity of the rating mode. When more experienced players play on low-level accounts, this defeats many of the goals of the rating system, pitting players with unequal skill levels against each other. This is largely due to how easily low-ranked lobbies can be occupied by high-ranked players, as they only need to create a new account and play a few games to reach level 10 in order to participate in ranked matches at lower ranks.

It will be interesting to see what awaits the rating mode in Apex Legends in the future. Since there are only a few days left before the launch of season 14, there is a possibility that Respawn Entertainment may try to change the situation in the coming days. However, players will have to wait and see if the changes proposed by the community members will eventually happen.