Home Entertainment Some AMD Processors Have Problems With Windows 11 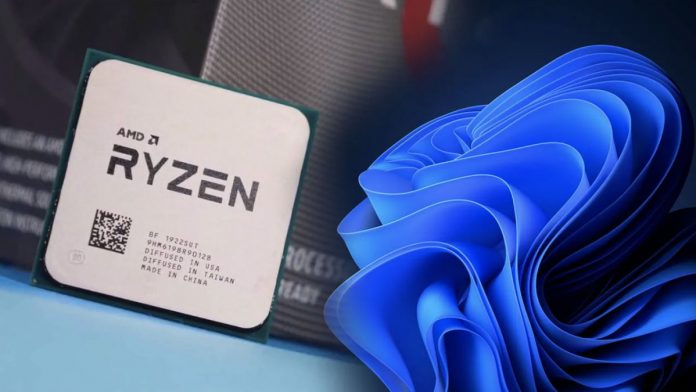 Windows 11 is officially a reality, and for 48 hours you can download it if your computer is compatible. But as is often the case with a new version of an operating system, this one is not without flaws. In fact, it is common and expected that there are many sections to tweak. And in its first two days in business, Microsoft has already found a problem that its Windows 11 has with AMD Ryzen processors.

In fact, AMD and Microsoft have identified two problems: The first is that Windows 11 can cause the latency of the L3 cache to triple. AMD says the issue could cause 3-5% worse performance in most affected applications, while some games (AMD specifically refers to those “commonly used for eSports”) might see performance drops. up to 15%.

The second flaw identified is that Windows 11 is also having problems with AMD’s “preferred core” technology, which typically aims to switch threads to the faster core of a processor. AMD warns that users could see performance issues on CPU-dependent tasks, specifically on processors with more than eight cores and a 65W TDP.

A patch in place to fix things

AMD and Microsoft have already confirmed that they are “actively investigating these known issues to resolve through software updates.” The two companies promise that both a Windows update and a software update are planned for the end of this month to try to solve those problems, although the downside is that this translates into a minimum of two weeks of waiting for those who have a computer with an AMD processor. Ryzen.

The Handmaid’s Tale 4×4: Janine Takes Over The Reins of June