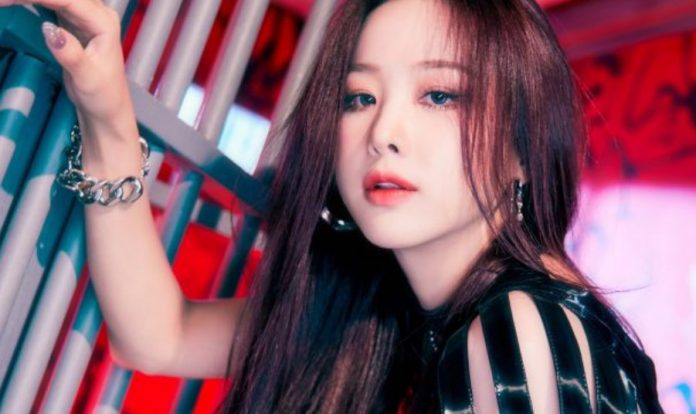 The main vocalist of EXID, Solji, released an emotional ballad called “I believed it was love”.

On October 11 at 18:00 Korean time, the 33-year-old singer released a new touching single on several streaming platforms. Originally led by a piano instrumental composition, “I Believed It Was Love” comes to life in its chorus, and its lyrics describe the feeling of a broken heart after a lover expresses a change of heart.

“I believed it was love / The way you look at me/ Even warm hugs / Maybe you’ll miss that time too. / I didn’t expect anything today again,” Solji powerfully picks up in the chorus.

The new track is Solji’s first solo release since “By Your Side” in August for the historical medical drama “Poon, a Psychiatrist from Joseon.” Prior to that, the singer released her debut mini-album “The First Letter” in February 2022.

“I Believed It Was Love” followed EXID’s recent comeback with the song “X” and its title single “Fire”, which became the first collaboration of a female group of five members in three years. The album included an English-language version of the title single, as well as the B-sides “IDK (I Don’t Know)” and “LEGGO”.

“I remember that my heart broke because I had to burden them, especially Helin,” said the main vocalist, who explained that her difficult parts had to be divided between her bandmates.

Rapper Cardi B Is Back In The Instagram And She Cause...

Jungkook Reveals Unpublished Tiger Tattoo, What Does It Mean?