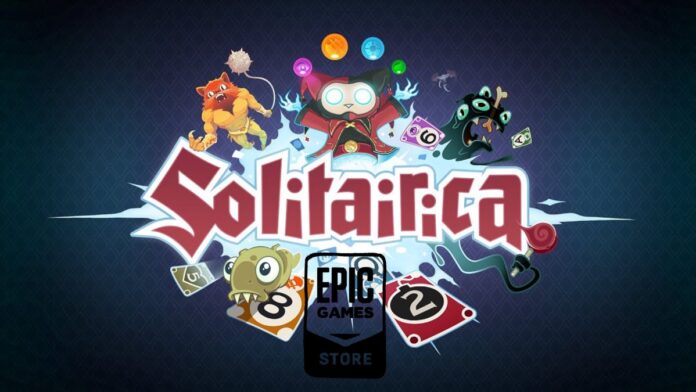 The store faces the final stretch of the Christmas season with more free video games, each one available for 24 hours.

Santa Claus has come and gone, but the Epic Games Store continues to offer gifts even before the Kings of the East deliver their cargo on the night of January 5. The Fortnite creators’ store has repeated strategy compared to last year, so it has offered free games every day. Players have seen how their libraries kept getting fatter with real games like Alien Isolation, Metro 2033 or Night in the Woods. After Stranded Deep it’s the turn of Solitairica, which as its title suggests, has something to do with the solitaire card game.

As on previous occasions, the Righteous Hammer Games card and role-playing video game will be available for a limited time, for just 24 hours. Thus, those interested will have until December 30 at 5:00 p.m. (Spanish peninsular time) to claim it. Then the next one will come, which will be nothing more and nothing less than Torchlight II. The distribution of gifts will culminate with Jurassic World: Evolution, a closure in style before passing the doors of 2021.

Solitairica is an RPG with a progression system that follows the main lines of the roguelike genre. Take up arms and prepare for a battle against enemy armies. In the lands of Myrriod, all hearts have been stolen by a fearsome emperor. How could it be otherwise, you, the player, will be the last soldier capable of facing the evil of the imperial. The future of the kingdom and peace in its surroundings depend on you.

First of all, you need an account on the Epic Games Store.
If you don’t have it, just register for free at this link
Fill in the different fields (name, surname, username, email address and password) and choose if you want to receive commercial information.
Accept the terms of service and follow the steps to activate the account.
Activate the two-step verification process.
Once you have access, enter the link above in this news and redeem the video game.
Download the client in the following link
You can now access your library and run the games!

Oppo A93 5G arrives in China with 90Hz screen