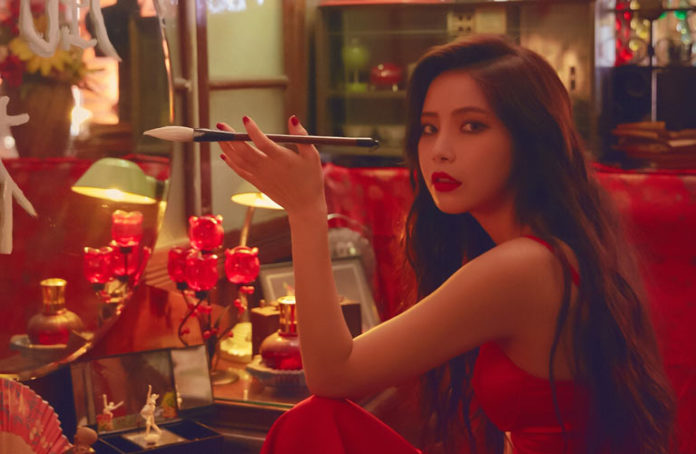 Solar premieres Spit It Out, her new solo video. The idol is taking a big step in her triumphant career in the company of her fans and the public that supports her.

The leader of MAMAMOO successfully presented the official video of her debut as a soloist with ‘Spit it Out’, it is shown strong and determined, the singer and share their singing skills dazzled with her great stage presence.

The video takes place in a very large construction that allowed the idol and her dancers to demonstrate all their energetic dance, Solar experimented with different changes of clothes, some looks had already been shown in the previous images.

The lyrics of ‘Spit it Out’ speak of the freedom to be herself without any prejudice, always doing what she wants without fear and calling her fans to always listen to her music to find comfort and feel better.

The first live performance of ‘Spit it Out’ was in the M COUNTDOWN program where fans could appreciate the choreography of this track, some followers of the idol accompanied her and her emotion was reflected in the screams that are heard in the background in the performance .

Fans celebrated this great step of the singer with the hashtag #SOLARDEBUT, which became a trend on social networks, sent her messages of love and expressed their feelings for Solar’s solo debut .

Check out the full video for ‘Spit it Out’: