Home Entertainment Solar Ash Is Delayed, But It will Still Arrive In 2021 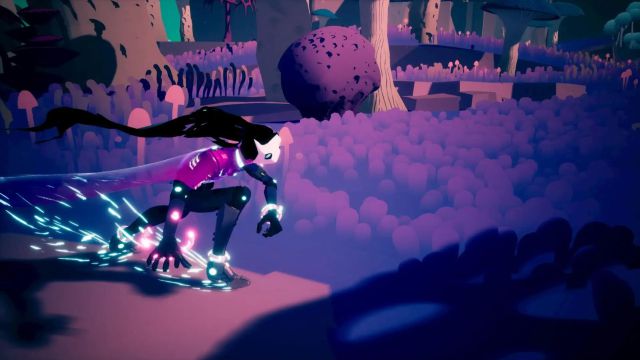 Solar Ash: Heart Machine studio and Annapurna have announced that they need more time to polish the gaming experience. The creators of Hyper Light Drifter return with their second video game, a platform title that is covered with its space setting to offer a dizzying product. At the speed of light it was moving for its launch, scheduled for October 26. However, the ship will have to pause to refuel. Heart Machine has announced through an official statement that its new work, Solar Ash, will not be ready on the scheduled date. The creatives have recognized that they need time to polish some aspects of the video game, so they will not reach the sun until December 2. The delay, therefore, is barely two months.

“Heart Machine and Annapurna Interactive have decided to delay the release of Solar Ash until December 2, 2022. We want Solar Ash to shine, so we need a little more time to put the last pieces together and fix bugs in the game.” The developer has also made reference to the coronavirus pandemic, which, like other studies, has fully affected it. “Thank you very much for your understanding”, they finish.

“Speed ​​through an unreal world with a very careful design and full of mysteries, endearing characters and immense battles against enemies.” Little details of the story are known, but it is known that the artistic direction presents a similar aspect to its previous project, although this time we will be able to explore a world with three-dimensional settings. We will move through rapid movements, climb steep surfaces using the hook and fight for survival. How could it be otherwise, there will also be battles against huge final bosses.

Solar Ash will be available for PS4, PS5, and PC (Epic Games Store exclusive). It will be published by Annapurna, a label specialized in independent court titles.