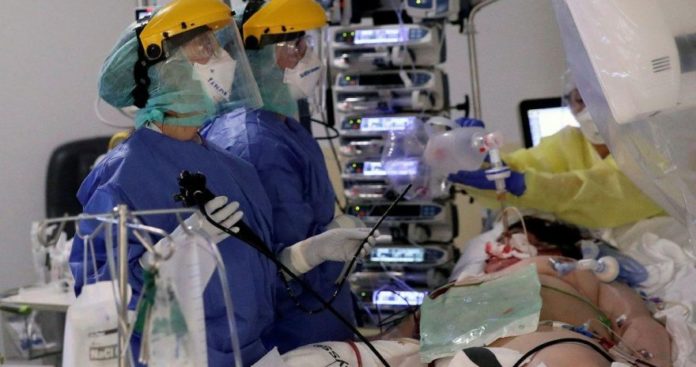 In the fight against the COVID-19 outbreak, a change in continuous positive airway pressure devices is said to turn them into a ventilator. A security specialist thinks that changes to the software might reveal the hidden capabilities of the device.

One of the most important elements in the fight against the new deadly coronavirus (COVID-19) epidemic, which has spread to the world and has caused the death of 154,271 people since its emergence in Wuhan, People’s Republic of China, is also known as the respirator. Since COVID-19 causes pneumonia and breathing difficulties, these artificial respirators have gained great importance.

While hospitals have a hard time due to lack of ventilators, lower level continuous positive airway pressure (CPAP) devices are left to wait in warehouses or cabinets because they do not perform as well as ventilators. However, a security expert says this could change.

Ventilator with software change
Trammell Hudson argues that as a result of his research on AirSense 10, the world’s most used CPAP device, there are many functions in the software of the device that will allow it to be a ventilator, despite the manufacturer’s contrary claims. AirSense 10, produced by ResMed, costs $ 700 and is mainly used in the treatment of sleep apnea.

ResMed says that the device that sends air to the mask for the treatment of sleep apnea cannot be used as an equally positive airway pressure device. Devices of this type are more advanced machines that give air back to a mask and then reduce the pressure, allowing air to escape. ResMed says its devices cannot work bidirectionally or to increase output when needed.

Hudson’s disagrees. The security specialist says that with the patch it released, it uncovered the hidden capacities on AirSense 10. Using the patch he called ‘Airbreak’, Hudson says that with this patch, AirSense 10 has transformed into an equally positive airway pressure (BiPAP) device.

BiPAP devices are not normally used for COVID-19 treatment, but the U.S. Food and Drug Bureau has confirmed that these devices can also be used for ventilation purposes temporarily, taking into account the emergency in hospitals. Researchers think it would be better for ResMed to release its own converter software update rather than Hudson’s Airbreak patch.

ResMed representative Tracy Moehnke said that AirSense 10 would not be able to do this, there are more advanced AirCurve 10 devices for equal pressure therapy. Moehnke noted that they are also considering the software update option of low-level devices, but their first goal is to increase the production capacity of the ventilator, mask and other tools.

Animal Tests Of The Compound Developed For The Treatment Of Chronic...