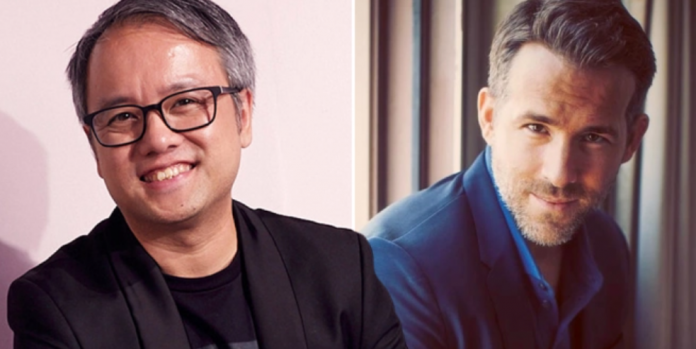 Disney enlisted the director of “Strange World” Qui Nguyen to write the film “Society of Explorers and Adventurers”, based on the activation of the theme park of the same name, with Ryan Reynolds’ “Maximum Effort” for production.

The Society of Explorers and Adventurers is an imaginary organization that tells the backstory of the numerous attractions of Disney Park. It was first introduced in 2001 as part of the Tokyo DisneySea Fortress Explorations project, and then began to play a role in Mystic Manor at Hong Kong Disneyland and other park attractions around the world — often with the help of insignia or other kinds of subtle messages that could only be caught. from Disney fans.

The upcoming full-length Disney performance, conceived as the launch of a franchise, is positioned as an adventure combining the knowledge underlying several of the most famous Disney theme park attractions with a modern interpretation. This new take on Southeast Asian mythology will explore alternative viewpoints in the present day, adding a new supernatural element to the story and following new characters that were not in the original lore.

“The Society of Explorers and Adventurers” is far from the first Disney film project inspired by the studio’s parks, and “Jungle Cruise” starring Dwayne Johnson and Emily Blunt is just one of the recent examples. The studio’s next such film is Justin Simien’s version of The Haunted Mansion starring Rosario Dawson, Lakeith Stanfield, Owen Wilson, Tiffany Haddish, Winona Ryder, Dan Levy, Jared Leto, Danny DeVito and Jamie Lee Curtis. August 11 , 2023

The new film SEA, written by Nguyen, is a completely separate project from the Disney+ series “Society of Explorers and Adventurers”, the beginning of the development of which was first announced last year. This potential series from executive producer and screenwriter Ron Moore, 20th Television and Disney Branded Television, is set in the Magic Kingdom universe, where themed lands and characters from Disney parks and classic movies exist in a different reality.

Nguyen is a screenwriter and co—director of the upcoming Disney animated adventure film “Strange World” starring Jake Gyllenhaal, Dennis Quaid, Jabuki Young-White, Gabrielle Union and Lucy Liu, which will be released in theaters on November 23. He previously co-wrote Walt’s screenplay. “Paradise and the Last Dragon” from Disney Animation Studios, which was nominated for Best Animated Feature Film at the 94th Academy Awards Ceremony, and also topped the 49th Annie Awards with 10 nominations, grossing more than $130 million worldwide.

Previously, Nguyen was the screenwriter of the dystopian drama series “Society” from Netflix, and before that — “Departures from other Places” and “Syfy’s Incorporated”, having spent 2016-2017 under contract with Marvel Studios. The screenwriter, playwright and director received a daytime Emmy Award in 2016 for the script for the PBS animated program “Peg+Cat”. He is also the founder and artistic director of the Obie Award-winning Vampire Cowboys theater troupe, the world premiere of his latest play, Revenge Song, took place at the Geffen Playhouse in 2020.

Maximum Effort is a film company and digital marketing agency that Reynolds founded with George Dewey in 2018 after they collaborated on the first two photos of Deadpool. Among the company’s recent projects are Sean Levy’s comedy thriller “The Free Guy” starring Reynolds, which became a box office hit after its release last summer; Levy’s popular sci—fi thriller “Project Adam” starring Reynolds for Netflix; and the FX sports documentary series Welcome to Wrexham, about Reynolds and Rob McElhenny’s purchase of the Welsh football club Wrexham A.F.C.

“Jada and I look at each other in horror”— when Will...