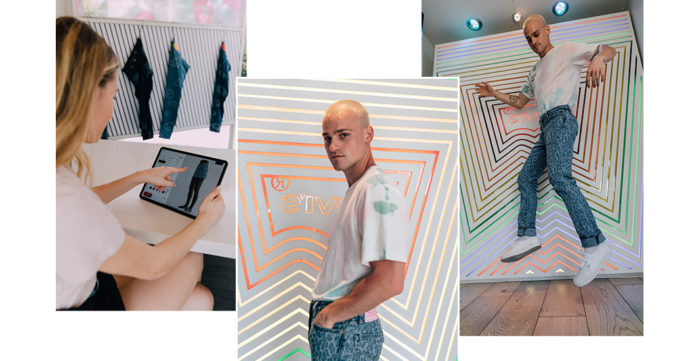 World-renowned clothing brand Levi’s has signed a ‘social commerce’ partnership with the popular social media platform TikTok. From now on, users will be able to quickly go to the brand’s website via the “Shop Now” button included in the TikTok application.

Due to the new type of coronavirus epidemic under the influence of the whole world, Levi’s had to close most of his physical stores like all other retail companies and established a very important partnership with the Chinese social media platform TikTok to revive internet sales.

The San Francisco-based clothing giant announced that TikTok is one of the first retailers to use the “Shop Now” button, which allows users in the app to shop via links. Despite the fact that the feature is new, Levi’s said that after the first tests, the website observed a significant increase in traffic.

TikTok users, who have seen videos shot with TikTok influencers as in-app ads since last week, will be able to purchase these designs through the “Shop Now” button, which is a reflection of social commerce features.

Users will be able to quickly go to websites where products are sold thanks to “Shop Now” at TikTok.
On the other hand, TikTok is not the first social media application that Levi’s brand collaborates with. The American company, which has similar partnerships on other popular platforms such as Snapchat, Instagram and Pinterest, trusts TikTok because of the size of its audience.

If we speak the language of numbers; TikTok, which has 680 million monthly active users worldwide in November 2018, is estimated to currently host more than 800 million users. Levi’s points out that about 60 percent of this user base is between the ages of 16 and 24.

TikTok may be one of the new attraction of e-commerce with its shopping features
In the news we made last November, we mentioned that TikTok allows some users to add links to sales channels on e-commerce sites to their posts and profiles. The company thus enabled publishers to easily direct their viewers to shopping sites.

The video sharing application, which is gradually expanding its initiatives in the field of social commerce, may be one of the new attraction centers of e-commerce if it imposes its shopping features to large audiences. When we consider the huge user base of TikTok, which is mostly Z generation, I think it would not be wrong to say that this will not be difficult.

World of Tanks Comes to Steam 10 Years After Its Launch