Home Entertainment So, you think you can dance: the top 10 winners — where... 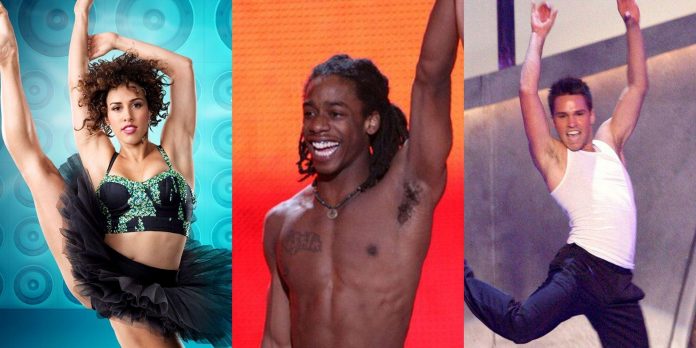 Earlier this summer, after a three-year hiatus, “So You Think You Can Dance” returned for its 17th season. The new season brought with it a completely new judging panel, which included Leah Remini, Jojo Siwa and SYTYCD graduate Steven Laurel (tWitch) Boss. This is the first season of the show without Nigel Lithgow and Mary Murphy, which was bittersweet for longtime fans who liked what they brought to the show. Nevertheless, fresh faces helped to breathe new life into the long-running competitive show.

Season 17 has already reached its top six, which means it’s time for the all-stars to return. This season’s star dancers include Amy Yakima, Lex Ishimoto and Bailey Munoz. Watching returning stars can sometimes make viewers nostalgic for past seasons, making this the perfect time to go back to the beginning, check out the first winners of the show and see what they’re doing now.

Seventeen years ago, Nick Lazzarini became the very first SYTYCD winner. Those who follow the long history of the show are probably familiar with the Shaping Sound dance company founded by Lazzarini and SYTYCD alumni Travis Wall and Teddy Florence.

Lazarini is also one of the founders of the dance company Evolution, where he works with even more SYTYCD graduates. He has spent years making a name for himself as a talented performer, teacher and choreographer, but he is currently being criticized for several allegations of sexual harassment involving dancers at events where he participated as an instructor (according to the Associated Press).

As part of Benji Schwimmer’s win in the second season, the dancer received a one-year contract with the Celine Dion show in Las Vegas “New Day”. Schwimmer continued to work with celebrities such as Miley Cyrus, Brad Paisley, Ellen and Kelly Clarkson. In 2019, Schwimmer choreographed for Quentin Tarantino’s Once Upon a Time in Hollywood. Now he is a co-owner of the dance space The Dance Center, creates educational dance materials and hosts his own podcast The Modern Swing Pod.

Sabra Johnson has spread her talents around the world since she became the first female SYTYCD winner in 2007. Two years after her victory, Johnson performed in New York with the Cedar Lake Contemporary Ballet Company.

By 2010, she was dancing in Mexico City, and later she was offered a place in a German ballet company. Johnson has spent more than a decade dancing from country to country, teaching classes and sharing her passion for dancing with students around the world.

After winning the fourth season, Joshua Allen appeared in the films “Free”, “Step Forward 3D”, “American Horror Story” and several other shows and films. He was also in the second season of “Dance Your Ass”, where he participated as a professional. According to Deadline, the hip-hop dancer was sentenced to a year in county jail after dropping out of contesting a domestic violence charge in 2017. Although Allen has since starred in commercials, his career as a dancer after his release has been relatively quiet.

Janine proved during her show that she is an incredibly talented dancer, but her path after winning SYTYCD led her to acting. You may recognize her from such TV series as “Big Time Rush”, “C.S.I.: Crime Scene”, “Grace and Frankie” or “Blockheads”, but her most recognizable role was the role of Dr. Sam Bello in “Anatomy of Passion”. She currently plays Liz Ortejo in the fourth and final season of the CW series Roswell: New Mexico.

Russell Ferguson decided to share his talents after becoming the first crump dancer to win the show and founded Side Street Dancers in Boston, Massachusetts. The company specializes in the styles of crump, hip-hop, modern and street dance, and Ferguson acts as a teacher. Videos of his choral work with the troupe can be found on YouTube, and his Instagram shows more events in which he participates to stay active.

Lauren Froderman continued her career as a professional dancer after winning in 2010. She even returned to the show as a star and toured with So You Think You Can Dance Live! Froderman also made history as the first Gatorade athlete-dancer. She and her partner Kraius Spencer (who is also a SYTYCD graduate) Both toured with Excel in Motion, a dance event that encourages young dancers to grow as performers. These two often post TikTok together, where they participate in the latest dance competitions and do all the things that cute but not moody TikTok couples do.

After receiving the crown in season 8, Melanie Moore joined SYTYCD alumni Travis Wall and Nick Lazzarini in the Shaping Sound Dance Company and appeared in All the Right Moves! She also remained close to SYTYCD and appeared on the show as a star.