Home Entertainment So The Squid Game Warned Of The Deaths Of The Characters Without... 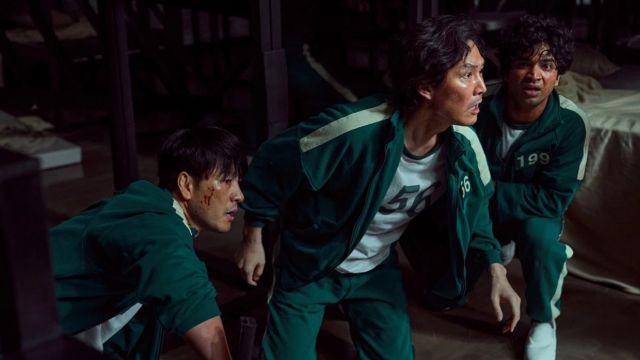 Squid Game: Netflix’s hit Korean series has revolutionized the platform, but it still has many secrets in store. In case you haven’t noticed, there is a Korean series that everyone is talking about and that has hit Netflix very hard. We refer, of course, to The Squid Game, a production that introduces a kind of game in which the characters fight for their survival (and for money). Throughout the episodes, there are several characters who say goodbye to life. The funny thing is that according to Digital Spy, the deaths were anticipated in previous episodes.

In the following lines we will enter the swampy terrain of spoilers, so we recommend you leave this news if you have not yet seen the series or if you have not advanced enough.

Ali, the first death
The character played by Anupam Tripathi, Ali, dies in episode 6 after being betrayed by Sang-Woo. He gives him a bag full of stones and he loses the game, so he gets shot and dies. His murder was anticipated in episode 2, when players vote to end the game and are sent home. Ali asks his boss for a raise because he needs the money to survive. This one says that there is no money, but he steals it: he finds an envelope with money and not stones on that occasion. Like Ali did, Sang-Woo steals the marbles that lead the character to his death.

Halo: game based series will be published by Paramount +