Home Entertainment So far, all the characters For spoken have been revealed 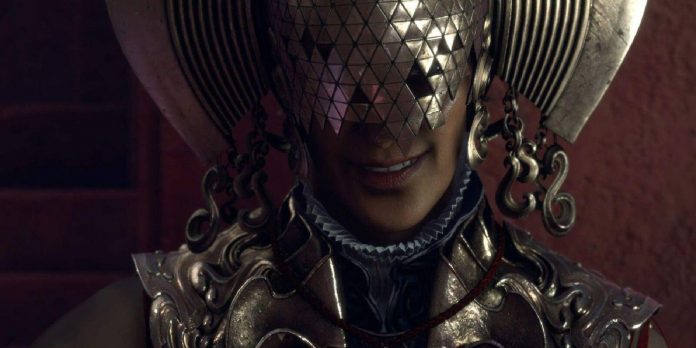 Next year is already looking pretty stacked with highly-anticipated releases, and among the big titles is a brand-new IP from Luminous Productions and Square Enix. Forspoken is a narrative action-adventure game that follows Frey Holland, a young native New Yorker who is mysteriously transported to the fantastical world of Athia. Players must explore Forspoken’s varied magical environments as they work out how Frey got there and what she needs to do to get home.

Frey may be the fish-out-of-water protagonist, but there are a few characters that will help her on her journey, as well as a handful that will be actively working against her. While the developer has revealed a few things about Forspoken and released a handful of trailers since its announcement to show off Athia’s vast regions, a lot of the game still remains a mystery. Some of the faces that players have seen may have names, but there is not that much currently known about the figures that surround Frey on her quest.

As the main character of Forspoken, it’s no surprise that players currently know the most about Frey. Frey’s life has been anything but easy, and she’s developed a sarcastic sense of humor in order to deal with all of the challenges that come her way. Despite being thrust into such a strange and dangerous environment, Frey uses her courage and determination to face down any threats that Athia might throw at her.

She’s able to use her diverse magical abilities to traverse the land and fight off foes, and with that and her immunity to the bizarre corruption that threatens Athia, Frey seems like she has no trouble stepping up to take the title of hero. She may seem a little hesitant at first and be more concerned with finding a way home than helping the people in this unfamiliar land, but it’s clear that she’s uniquely suited to this task, and soon the concerns of the Athians become hers too. While Frey is used to being alone and handling things without help, there are a few characters that she meets along the way that aid her in her quest.

The official announcement trailer for Forspoken released in 2021 showed off more of the game’s frenetic gameplay and some of its impressive-looking enemies, but it also showed Frey talking with an unseen male. Many theorized what this character could be, and it was eventually revealed that Frey was conversing with a sentient bracelet that she wore called Cuff. Gamers might not know where Cuff is from or how it came to be on Frey’s wrist, but it’s undoubtedly a helpful addition.

Cuff helps Frey navigate Athia, and acts as a guide as well as a mentor for her budding magical powers. The two characters seem to have an interesting back and forth, as Cuff can be curt and no-nonsense in the face of Frey’s irreverence and sarcastic humor. While Cuff is clearly up for helping Frey, it’s also keen to get her to stay and help Athia out of its current predicament. Frey is more determined to get home than anything else, and this creates an interesting tension between the pair. It’s unclear if other characters can hear Cuff’s voice or if this is something just in Frey’s head, but either way, it seems like he will be a constant companion for players throughout Forspoken.

Another character who’s happy to help Frey is Johedy, a former blacksmith turned archivist and one of the first Athians that Frye meets when she makes it to Cipal. Cipal is the last safe refuge for everyone still untainted by the Break – the destructive miasma that corrupts everything in its path and turns people and creatures alike into hostile beings. Like Cuff, Johedy is a fan of straight-talking and doesn’t mess around. She will do whatever she can to help Frey kill the Tantas and save their land.

Auden is another resident of Cipal that Frey encounters and befriends early on. She instantly accepts and believes in Frey, more so than Frey believes in herself, and works with other characters like Johedy to introduce Frey to the world of Athia and help her with her quest to put a stop to both the Tantas and the Break. Not much is currently known about Auden, except that she is also a young woman and someone who unhesitatingly puts others before herself.

Athia is controlled by a group of magic-wielding matriarchs known as the Tantas. While they were once benevolent and beloved rulers, they have since been corrupted. This change from wise leaders to oppressive dictators occurred when the Break arrived in Athia, and will likely be something that Frey will uncover more about as the game progresses. The Tantas are powerful and vicious sorceresses who have turned into tyrants, and many Athians want to see the end to their violent rule once and for all. There are a number of Tantas, but only two have been named so far.

Each Tanta controls a different region of Athia, and each has been corrupted by the Break in a unique way. This will undoubtedly lead to some intriguing boss battles as Frey faces off against each sorceress. The most powerful Tanta is Tanta Sila, who used to be in charge of Athia’s armies. She was once a respected and popular military hero, famed for her prowess in battle. Now, she is a heartless dictator who decimates anyone who would dare oppose her. While Frey initially tries to not have anything to do with the powerful Tantas, Tanta Sila accuses Frey of trespassing in her realm, which immediately puts Frey in opposition to the rest of the tyrannical leaders.

Tanta Prav has also been briefly introduced. With Tanta Sila as the military muscle in Athia, Tanta Prav was the head of the judicial system across the land. Tanta Prav had an unrivaled ability to seek out the truth and dispensed justice fairly until the Break turned her into a single-minded despot who executes anyone on a whim and only trusts her own misguided judgment. Forspoken already has a story-focused DLC that has been announced called In Tanta We Trust, which will explore these fascinating figures in more detail.

Forspoken is scheduled to release on 24 January 2023 on PC and PS5.

God of War: Ragnarok will be the last game with this...