Home Tech Snyder Cut: this is how the bloodiest Steppenwolf 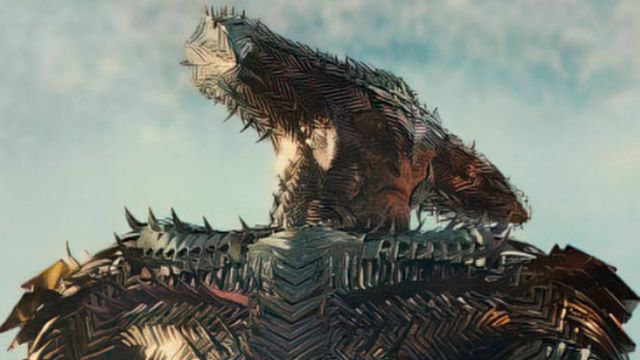 News about one of the most anticipated superhero movies of this year keeps coming. So much so, that Zack Snyder has shared a new video clip in the middle of the editing room in which we can see a brief but intense scene starring the new version of Steppenwolf; Furthermore, the filmmaker himself continues to answer questions from fans in Vero, this time with Green Lantern as the protagonist. To all this, a new promotional image of Darkseid has been leaked as part of a collection of t-shirts inspired by the film.

Premiere on HBO on March 18

And it is that as he has been doing in recent months, Snyder has shared new material from Zack Snyder’s Justice League through his Vero account, this time, with a short video clip in the middle of the editing room in which we can see to the new and much more menacing version of Steppenwolf fighting various Amazons. Thus, and in just 15 seconds, we see the villain brandishing his huge ax to get rid of his enemies and, in turn, justifying the R classification (adults only) of the film.

On the other hand, and again through the social network Vero, Snyder has responded to a fan about which actor is related to Grenn Lantern, a character that remains to be seen if he appears as such or is only mentioned as part of the Green Lantern Corps. And it is that during the original filming, it was already speculated that the actor Sam Benjamin was going to play Green Lantern; remember that the actor himself assured that he was part of some scenes that were finally discarded in which he wore military clothing. Snyder himself has been blunt: Sam Benjamin will not be Grenn Lantern.

Last but not least, a new promotional image for the film has been leaked, this time with Darkseid as the main protagonist. As with Superman recently, we now see Darkseid in all his splendor as part of a collection of t-shirts inspired by the film.