Home Entertainment Snowy Mountain: Who are the survivors Matt Tate and Joel Graves 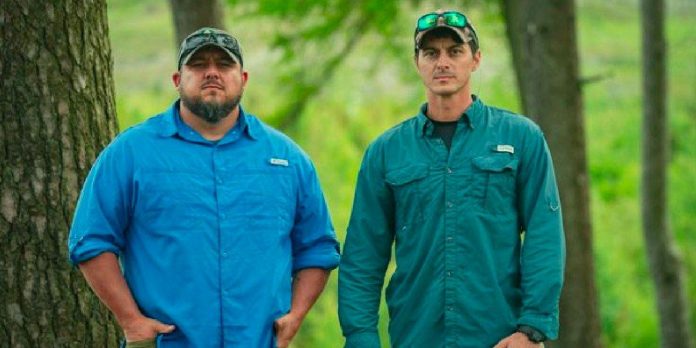 Netflix released its newest reality show, “Snowflake Mountain,” last week, and a series of survival camp competitions is already gaining notoriety. The plot involves 10 millennials from the United States and Great Britain, whose families sent them to survive in the mountains without the basic amenities of civilization, such as housing, plumbing and Wi-Fi. With no parents to help them, the only participant guidance comes from ex-military Matt Tate and Joel Graves.

Two survivalist mentors watch a team of pampered twentysomethings as they try to withstand the harsh conditions of the mountain wilderness on Snowflake Mountain. Veterans are often tasked with teaching their inexperienced pack even the most basic skills, while they are met with the most outrageous disobedience on their part. Their belligerent and tough love eventually led to one of the participants being crowned as a Desert Warrior and receiving $50,000. An adventurer from the Bear Grylls expedition can compete with Netflix’s favorite survivor hosts.

According to The Cinemaholic, Matthew grew up in the Cherokee community in Rogers, Arkansas, where living in an environment was largely a way of life. Most of his childhood was spent in the mountains, hiking, fishing and hunting. After graduating from high school, Matt joined the army, where he eventually served as a military engineer. Matt’s career continued after retirement, when he got a job at the Oklahoma Military Department, the Employment Security Commission and the executive branch of the US government. In 2014, Matt became the president and owner of Integrated Survival Systems LLC, a company that teaches primitive skills to modern survival tactics in extreme conditions. The 43-year-old Snowflake Mountain host also holds a Bachelor of Business Administration and Management degree from Kaplan University, as well as certifications as an NRA Certified Pistol Instructor, NRA Shooting Range Safety Officer and NRA Firearms Instructor.

Joel Graves is originally from Jacksonville, Florida, where he lives with his wife, son and daughter (via The Cinemaholic). Little is known about his youth, except that he learned to hunt and fish at a very young age. The former US Navy sailor served for 10 years in the elite bomb squad EOD (Explosive Ordnance Disposal), where Joel conducted more than 350 combat sorties with Seal detachments 2 and 4. During his service, he spent a lot of time in Afghanistan, where he was inspired by the desire for the survival of the Afghan people, despite the fact that he has very few resources. Joel also spent six months in a long-term survival program where he lived entirely off the land and his own survival skills. He is trained in handling several types of firearms and is a certified survival instructor. Joel was a member of the special security service of three presidents of the United States.

It’s unclear exactly when Joel and Matt’s paths first crossed, but in 2018 they founded the American Survival Company. The program uses a combination of combat and survival skills to prepare individuals, military personnel and other organizations for potentially dangerous situations. Participants prepare for a variety of circumstances, ranging from active shooter situations, self-defense scenarios, and potential workplace safety incidents. Before Snowflake Mountain, Joel and Matt were asked to share their tactical knowledge as consultants on various survival shows on networks such as Discovery Channel, Disney and TLC.

Now Matt and Joel are bringing their extensive military experience and additional survival training to turn a group of pampered millennials and members of Generation Z into survivors. Snowflake Mountain may be the most difficult challenge for the duo. However, one thing is for sure: viewers like to watch them take on the challenge.

Horizon Forbidden West: How To Complete The Eye Of The Earth...

What to Expect from Disney and Marvel Games Showcase