Home Entertainment Snowdrop: When Does The Drama With BLACKPINK’s Jisoo Premiere On JTBC? 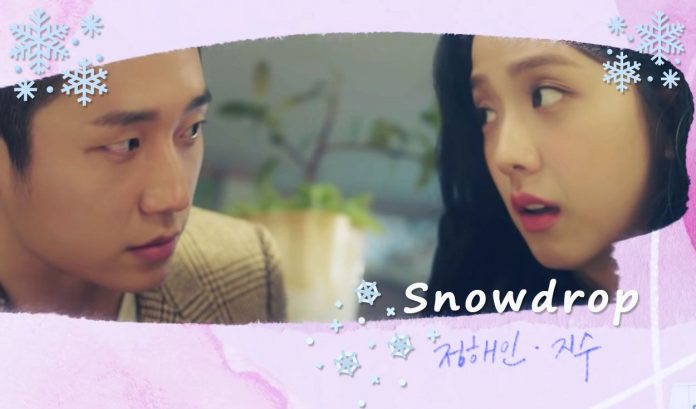 These are the latest news about the premiere and air schedule of Snowdrop, a Korean series starring Jisoo and Jung Hae In.

It is one of the most anticipated dramas of the year. BLACKPINK fans, especially, have been eagerly awaiting the premiere of Snowdrop, a series in which singer Jisoo makes her acting debut and pairs with the acclaimed Jung Hae In from In the Rain.

It took a year since the K-pop star was confirmed as the lead for JTBC to share the first official look at the K-drama.

The first images of the chemistry between Jisoo and Jung Hae In appeared in a video about the reorganization of K-drama programming at JTBC.

In the spot, you can see the protagonists dancing in a room. The voice-over says that it will be “a story of pure love that surpasses time.”

The mention of Snowdrop is brief, but it was enough to go viral on Twitter.

When is Snowdrop released?

Although there were rumors about Snowdrop’s premiere in September, the aforementioned JTBC teaser indicates that Jisoo’s drama will wait a few more months.

In fact, Snowdrop is believed to debut by the end of 2021, based on the campaign detailed below.

Snowdrop: hours and days of issue

What is confirmed is that Snowdrop is part of the JTBC K-dramas for Saturdays and Sundays at 10.30 pm (KST)

Starting in September, the South Korean cable TV channel moved its Friday and Saturday drama segment to a Saturday and Sunday broadcast. With this, it will compete directly with another well-known television station: tvN.

This change begins with Lost, a drama with Jeon Do Yeon and Ryu Jun Yeol, which opens on September 4.

Following this, at the end of October, the time slot will be occupied by the series Koo Kyung Yi, starring actress Lee Young Ae, with 12 episodes.

The third drama in the schedule is Snowdrop and, by the calculation of the followers, it could premiere atmid december.