Home Entertainment Snowdrop: The Poster Theory That Would Reveal The End Of The Drama 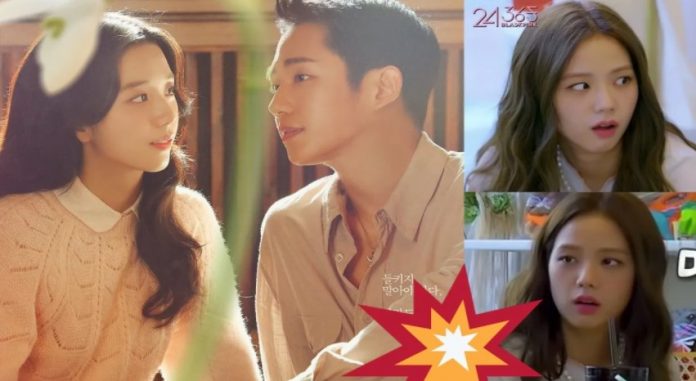 Jisoo’s drama is just about to begin, but there are already suspicions about how Snowdrop will end. The fans are not missing any details and now that Snowdrop is releasing its first episode, an unexpected theory also emerged, will the drama have a sad or happy ending?

One of the most anticipated K-Dramas among the premieres this year is the story starring Jisoo and Jung Hae In, both will take us back to the 1980s in South Korea and everything will be through the Snowdrop chapters.

Until now, several teaser images have been revealed and also brief clips that excite us for the romance of this story, however, although the excitement increases every moment there is also a detail that worried everyone about the type of ending that the drama will have. .

It is still not certain how the story will unfold, but as soon as the first official poster was published, fans identified a trait that identifies dramas that have a sad ending, will Snowdrop be one of them?

DOES SNOWDROP HAVE A HAPPY ENDING? THE THEORY THAT PUT HIM IN DOUBT

In the released image for the JTBC drama we see Jisoo and Jung Hae In amid warm lighting, the closeness between Im Soo Ho and Eun Young Cho’s characters is perceived in the shot so what made everyone suspicious about of an ending with a dose of sadness or tragedy?

Although Jisoo appears looking towards Jung Hae In‘s face, the actor has his eyes set elsewhere, some point that is not possible to identify with the shot. Thus, when looking at other drama posters, the theory arose that when the protagonists do not see each other in the promotional images and only one of them is looking at their loved one, the stories usually have a closure capable of breaking our hearts. Will be? Here we tell you about some examples.

THE THEORY OF LOOKS ON SAD K-DRAM POSTERS

There are several very popular dramas that fulfill this idea very well, but before continuing we warn you that in the next few paragraphs you will find several spoilers.

A clear example is present in the image for the story of Uncontrollably Fond, where Suzy looks fondly at Kim Woo Bin and he has his face tilted down while keeping his eyes closed, we already know how the story ended, right?

More recently, Youth of May also premiered and something similar happened, Lee Do Hyun looks at Go Min Si in one of the images, but she looks away from her and as the theory indicates at the end they cannot be happy together.

Nothing is actually confirmed and these are all assumptions, so we will have to watch the Snowdrop episodes to enjoy the story and find out what the closing of the drama really is.

Are Prince Harry and Meghan Markle “Disappointed” With Their Documentary Series...