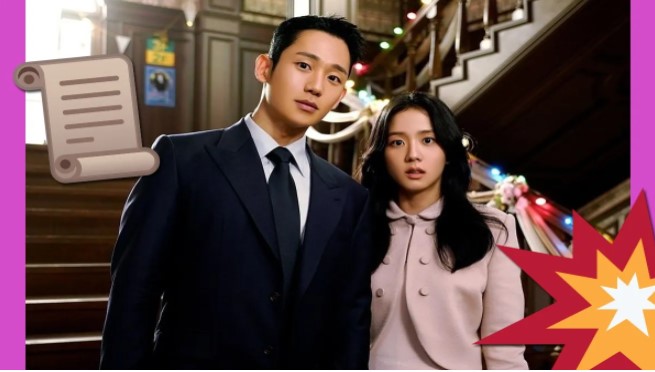 What will happen to Snowdrop? The K-Drama has not been spared from the criticism and the problems could increase due to the new application that has been issued.

Previously we told you that the JTBC drama starring Jisoo and Jung Hae In has been involved in a controversy due to the criticism, many Korean netizens consider that Snowdrop is distorting history and making the democratization movement that Korea lived years back invalid.

Given this, JTBC denied the accusations and said that during the next episodes it will be demonstrated, even announcing that its broadcast will be advanced to end the annoyance that has arisen. However, this does not make many Korean citizens happy, who have increased their anger and took more serious measures to stop the broadcast.

WILL SNOWDROP BE CANCELED? NEW REQUESTS INVOLVE ALL JTBC

Surely you remember that many netizens gathered signatures on a petition to stop the broadcast of the episodes, however, given the determination of the JTBC channel to continue broadcasting the story, the petition has escalated in level.

A new collection of signatures began to request the Blue House that JTBC be closed, although the collection already totals more than 25,000 signatures have not yet received any response, but this is just one of the problems that Snowdrop faces.

As a result of the union of several of the dissatisfied with the drama, a protest began through the streets with different trucks with signs and led screens, which traveled to various parts of Seoul while spreading their message.

In them, the accusations against JTBC were reiterated and those who were victims of false accusations of espionage were recalled, noting that the drama was an insult to all who suffered because of it.

Meanwhile, in the last JTBC statement so far they indicated that they will advance the broadcast of their chapters to clarify the controversy, we will tell you how the new programming will be carried out.

But are there any more feelings? Kanye West posted a photo...

Selena Gomez confirmed that she is single during the debut of...