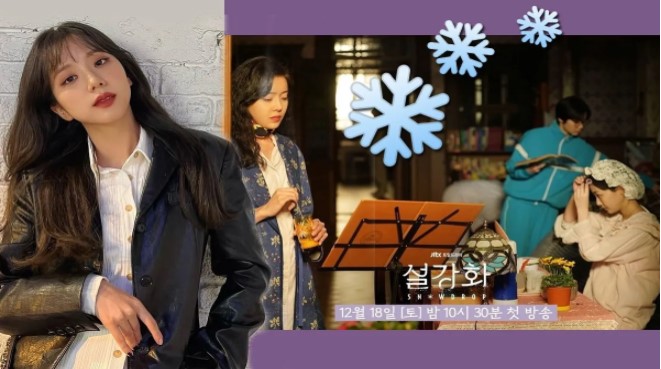 The new teasers before the premiere of Snowdrop let us see Jisoo in her university rooms with the girls who will be her classmates, you won’t want to lose sight of them.

The JTBC romantic drama is just a few days away from its premiere, Snowdrop will focus on the love story of the characters of Jisoo and Jung Hae In, but at the same time it will take us to meet other very interesting characters in the middle of the most important events.

In this K-Drama, Jisoo plays a college student named Young Ro, she is preparing for a career in literature and is a cheerful, bright and dreamy girl. She attends the Hosu Women’s University, which has dormitories for her students, becoming a boarding school where much of the plot will take place.

Because of this, we will repeatedly see students involved in the story and a group that we will get to know closely are Jisoo’s roommates, who are they? We tell you about their characters and the actresses who play them.

Young Ro is one of four students that make up dorm number 207 at this university, each with different specialties and personalities. Yoon Seol Hee for example, is a girl who aspires to change her social status, so she wishes to marry someone from a prestigious family. This character will be developed by actress Choi Hee Jin.

Then we meet Go Hye Ryung, a classical music student who is very popular because of her charm but also because of all the awards and competitions that she has won. This role is in charge of Jung Shin Hye.

On the other hand, we have the student Yeo Jung Min, a girl dedicated to her studies and who is used to being able to do something for the world with her contributions and intelligence. This college girl will be played by Kim Mi Soo.

The series starring Jisoo and Jung Hae In will hit the screen on December 18, in addition to being broadcast on the JTBC signal, it will also reach different parts of the world, as it will be part of the Disney Plus K-Dramas catalog.

Snowdrop will have a total of 20 episodes and a new one will be released every weekend, hitting the screen on Saturday and Sunday.

Emily Ratajkowski in a maxi jacket for a shopping spree!