The South Korean entertainment press released on January 5 (KST, Korean Standard Time) the unfortunate news of the death of actress and model Kim Mi Soo, who was about to turn 30 and had a successful career in the world of acting after his appearance in major film and dramatic productions.

Regarding her sad event, the artistic agency that represents the actress, Landscape Entertainment, issued a statement confirming the news that her family and friends are disconsolate with her. In addition to asking the media and fans to refrain from creating rumors or speculative publications and respect her privacy since the funeral will be held behind closed doors.

The physical departure of Kim Mi Soo caused great surprise among her followers, in addition to being sudden, also because she was in one of the best moments of her career on the rise with the appearance in less than two years in 8 famous K-Dramas The most recent being Snowdrop starring Jisoo and Jung Hae In, accompanied by a cast of famous stars.

By the time of her passing, Kim Mi Soo had already fully finished filming Snowdrop as the K-Drama was produced in advance for commercialization, so her fans will be able to continue watching her on screen as Yeo Jung Min, a fierce activist who fights for the democracy of her country in one of the darkest moments in the recent history of that nation.

Set in the 80s, in Snowdrop, Yeo Jung Min introduces herself as a history college student, the roommate of the protagonist Eun Young Ro played by the actress and singer Jisoo, who experiences very dangerous moments by helping her hide a North Korean spy who tricks them by posing as a student named Im Soo Ho, played by actor Jung Hae In. 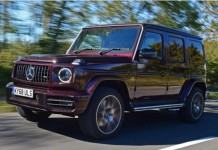 How Did Polkadot Futures on Binance Drop by 99 Percent?