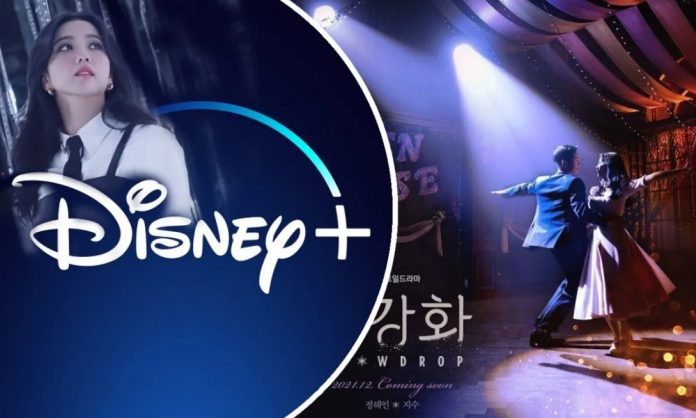 The world of Korean dramas makes its way onto Disney + and you will have several alternatives to watch on the platform. The long-awaited premiere of Snowdrop is near and will mark the arrival of dramas to Disney plus, but there will be more Korean series available on this platform.

Streaming sites have gained great strength and today there are many alternatives to enjoy movies, series , documentaries, variety shows and more. Disney + is one of them and although until now it had already presented exciting and very attractive content, now it scores points in front of K-Dramas fans .

The Disney Plus platform will include several Korean dramas in its catalog starting in November and although Snowdrop is one of the most mentioned, it is not the only one that we will see here, so today we will tell you what other stories will be available.

Why Will There Be K-Dramas On Disney +?

Although this streaming platform has been running for some time now it is preparing its official launch in some Asian countries such as South Korea, Taiwan and Hong Kong to mention just a few, with this new stage of the project it was also decided to include other content that could be especially attractive in these territories.

However, we must also highlight that fans of dramas continue to increase and recently the popularity of these series has had a special growth, so that in the end the K-Dramas of the platform will be searched by fans around the world.

Starring: Jisoo and Jung Hae In

The JTBC series takes us to know a moment in 1987 where a student from the University of Hosoo Women discovers an injured boy taking refuge in the dormitory and tries to help him, but this will be only the beginning of their connection.

Drama #GRID will showing us the first still cut. Now this was being broadcast live at Disney+#KimAhJoong #KimAJoong #GRID #KDRAMA pic.twitter.com/k1bs7XQqrR

If you like mystery and suspense then this series is for you, it tells the story of a case that is investigated by the police but they will be shocked to discover that it is something supernatural.

Meet a group of guys who are starting to prepare to become police officers and they will do everything to achieve their dream, although that will not be entirely easy and they will face some ups and downs.

People with superpowers? That is what Moving will show us, a drama that will be adapted from a popular webtoon and the story takes us to meet several boys who, although they seem to have totally different lives, have in common their unusual abilities.

wtf i just knew now that kiss sixth sense will have a kdrama adaptation and it'll be on disney+ too omg 😭😭😭 pic.twitter.com/HXdA47xYfN

If you prefer a romantic series with an office love then Kiss Sixth Sense is for you, it tells the story of a working girl who has a very peculiar ability, because by kissing a person she can see the future that awaits her.