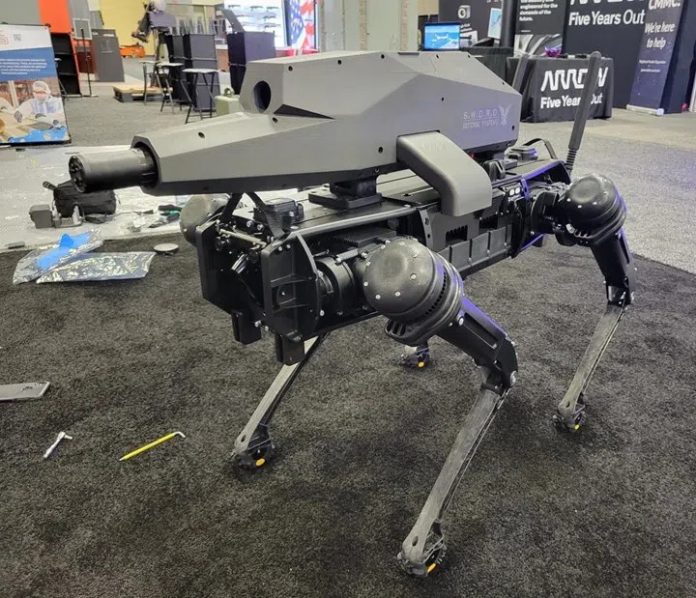 Ghost Robotics, which has been building four-legged “robot dogs” for the US military for the past few years, showed the world that it has made a new addition to these robots at an event held in Washington on October 11-13.

The weapon capsule placed on the body of the robot revealed a robot similar to the robots in the video game world and was followed with interest by many people.