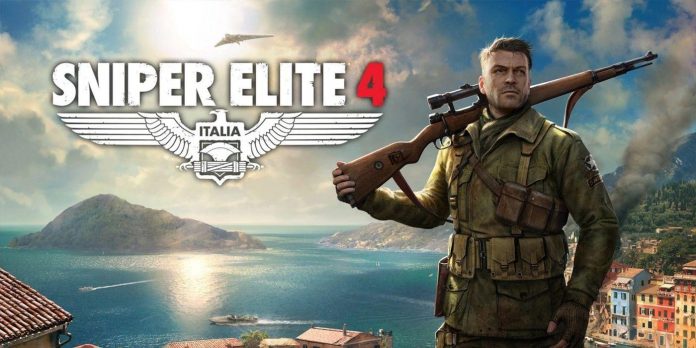 In Sniper Elite 4, players fight against the Axis forces of World War II in the picturesque expanses of Italy. It features many mechanics that fans of the Sniper Elite series know and love, namely the cinematic “murder chamber” and, of course, testicle shots. Nothing compares to shooting at the Nazis in their vulnerable places.

Along with many familiar mechanics and breathtaking maps, players can enjoy a wide range of weapons. Encouraging them to use it, the Variety is the Spice of Death trophy/achievement requires players to commit a kill with each of the sniper rifles, additional weapons, and personal weapons in the game. Here’s everything a player needs to know to get this trophy.

As the name of the game suggests, Sniper Elite 4 is proud of its choice of sniper rifles. The table below lists the snipers that need to be unlocked and used to kill the enemy in order to progress towards the “Variety — Spice of Death” trophy/achievement. Some are even used by many sniper enemies in the game, so there is no need to buy them all, but they are still worth it to diversify the equipment. It’s worth noting that you don’t need to use any of the many DLC weapons to get this achievement.

Tokens are earned for completing the levels of the game campaign and increasing the rating. By the time the campaign ends, players will have all the necessary tokens.

Secondary weapons include everything from shotguns to submachine guns. Most standard enemies use them as the main anti-player weapon, so most of them can be found and used during the normal passage of the game.

Just as important as their long—range counterparts, personal weapons are the player’s best friend for getting head shots at close range without attracting too much attention, thanks to their ability to use silenced cartridges.

The best places for farm murders

When the weapons are unlocked, all that’s left is to kill at least one Nazi with each of them. Note that players must “save and exit” after killing with a weapon of their choice, and can track the weapons they used by making a kill that contributes to unique weapon skill tests.

Mission 5, “Abrunza Monastery”, is recommended for farm murders. The “pre-mission” zone can be run very quickly, and the enemy can be found almost immediately. A more niche secondary weapon that cannot be unlocked directly can also be found in the Target Fuhrer DLC mission by entering the armory.

Sniper Elite 4 has been released on PC, PS4, Switch and Xbox One.