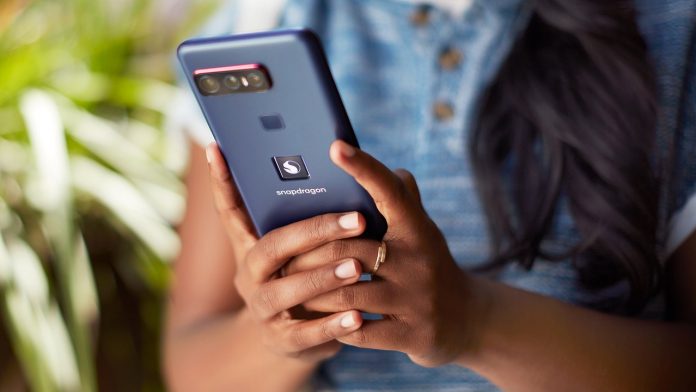 Meeting the chip needs of Android phones, Qualcomm has recently announced its new smartphone developed in collaboration with ASUS. Called the Snapdragon Insider Phone, this device is powered by Qualcomm’s latest chipset, the Snapdragon 888, just like its name.

Snapdragon Insiders Phone, Qualcomm’s first smartphone, has high-end features just like other flagships. The device, which undoubtedly promises the best performance with its processor, also draws attention with its fast charging.

Collaborating with ASUS in design, Qualcomm features top-notch hardware in the Snapdragon Insiders Phone. The first smartphone of the US manufacturer; It comes with a 6.78-inch AMOLED display with Full HD+ resolution, 144Hz refresh rate and Gorilla Glass Victus protection.

On the processor side, Qualcomm features the Snapdragon 888 chipset developed by itself in this phone. It also supports this with 16GB of RAM and 512GB of included memory. In terms of camera, behind the Snapdragon Insiders Phone; There is a total triple camera setup including 64 Megapixel main, 12 Megapixel wide-angle lens that can take macro photos, 8 Megapixel telephoto with OIS and 3x optical zoom. On the front of the device, there is a 24-megapixel selfie camera.

On the battery side, Qualcomm’s first smartphone Snapdragon Insiders Phone is equipped with a 4,000mAh battery that supports 65W fast charging. Other features of the phone include; It has dual SIM support, NFC, Wi-Fi 6E, rear-mounted fingerprint scanner and stereo speakers.

Snapdragon Insiders Phone, Qualcomm’s first smartphone equipped with high-end features, comes with a price tag of $ 1,499. This phone, which is currently offered to a limited number of users, is expected to reach more countries in the coming days.