Home Tech Snapdragon 888 Plus Introduced: Here Is The First Phone To Use 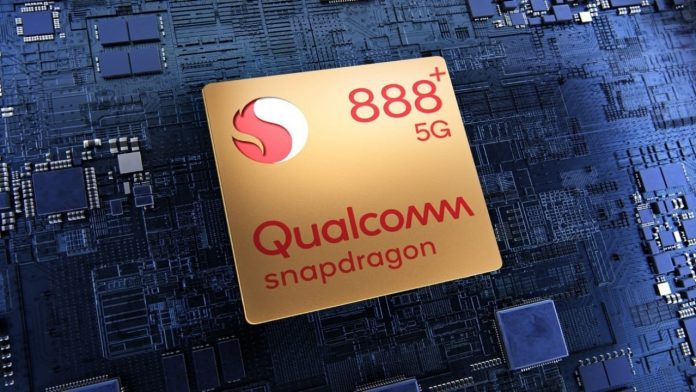 Qualomm introduced its next generation processor at MWC (Mobile World Congress) 2021 held today. This processor, named Snapdragon 888 Plus, which comes with flagship features in every sense, has managed to attract attention with its features and performance.

While the Spandragon 888 Plus, which is more successful in every sense compared to the standard 888, became the star of the day, the first smartphone manufacturer expected to use this processor emerged.

Snapdragon 888 Plus, which will appear on phones in a short time, was developed using 5nm production technology. Using the Kryo 680 cores, the processor will blow the performance of high-end smartphones with the Adreno 660 graphics processing unit. The overall performance increase will be 20 percent more than the standard model.

The processor, which is also very assertive in camera support, draws attention with its 200 Megapixel camera support. Smartphone manufacturers can set up a 28 Megapixel triple camera and 64 Megapixel dual camera configuration with the Snapdragon 888 Plus. Being ambitious on the video side, Qualcomm’s new processor is capable of recording 720P/960FPS and 8K/20FPS.

Coming with the X60 5G modem, the Snapdragon 888 Plus has 7.5Gbps download and 3Gbps upload speed. The processor, which supports MmWave and 6 GHz 5G technologies in the iPhone 12 family, also has multi-sim support. Qualcomm also included the Hexagon 780 artificial intelligence processor it developed in this model. Thanks to the new artificial intelligence processor, it will perform better during photo and video recording.

Honor executives, who attended the Snapdragon 888 Plus event earlier today, announced that it will soon launch a new flagship phone using this processor. The phone in question will be the Honor Magic 3, whose release date has not yet been determined.

Making a statement on the subject, Fei Fang, Huawei manager, said, “We are happy to see that the cooperation between Honor and Qualcomm has taken another step forward. The groundbreaking improvements we’ve seen on the new Snapdragon 888 Plus 5G platform make it the perfect choice for Honor’s upcoming Magic 3 series flagship.” used the phrases.

So what do you think about the Snapdragon 888 Plus? Will Honor be able to achieve the desired sales success with the Magic 3? You can share your views with us in the comments section.

Scott Pilgrim, the power of love and beat’em up