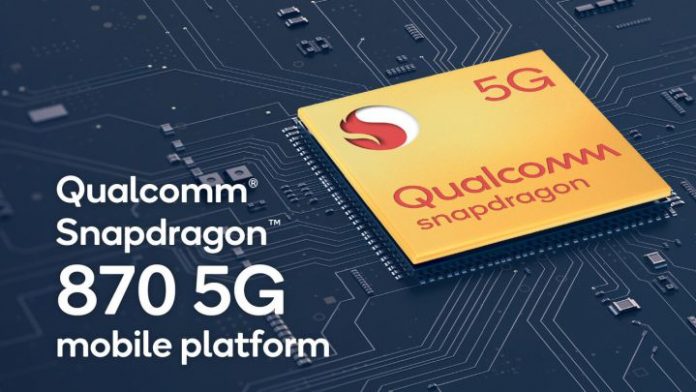 So far this month we have found several novelties in the processor segment. To this day we have them very present and more so now that Qualcomm returns to the load to show another processor and high-end. This time we mention the new Snapdragon 870 that will also come with 5G incorporated but will not be the top of the range of the firm.

Brands that will incorporate the new Qualcomm chip

Although the new Qualcomm chip has been announced now that does not mean that we will not see any terminal with it this year. Quite the contrary, since they will arrive throughout the first quarter of this year in high-end phones from brands such as Xiaomi, OPPO or Motorola.

One of the features that you should see before buying the mobile is the processor. It is the one that controls all the features that the device has and it depends on the companies how to distribute it. Today we have to talk about a new addition that Qualcomm brings to the table with the arrival of the Snapdragon 870.

By the numbering it can be deduced that it is a chip intended for the high-end range as was the 865+ that we saw in some of the top terminals of 2020. This time we find the enhanced version of this processor that starts from a composition with four cores. We have a part dedicated to artificial intelligence with its Hexagon section in addition to placing accessories such as WiFi 6, NFC and Bluetooth 5.2 in addition to reaching up to 16 GB in RAM.

If we focus on the multimedia section, it supports screens up to 4K at 60 fps. But where it draws attention is in the photographic section, where we have a single 200 MPX or 25 MPX lens in dual lenses. The recording potential is also powerful with its maximum capacity of 8K at 30 fps or 4 in HDR at 120 fps.

News for the high-end smartphones

In recent months we have seen great additions to the microchip market, where Qualcomm has been very present. The arrival of the Snapdragon 870 will help build high-end smartphones with a cheaper processor than the Snapdragon 888 we saw in December. In fact, the big difference between the two is that the new one stays at 7 nm, which slightly increases the space it occupies on the board.

State of Play with PS5 news will take place this Thursday