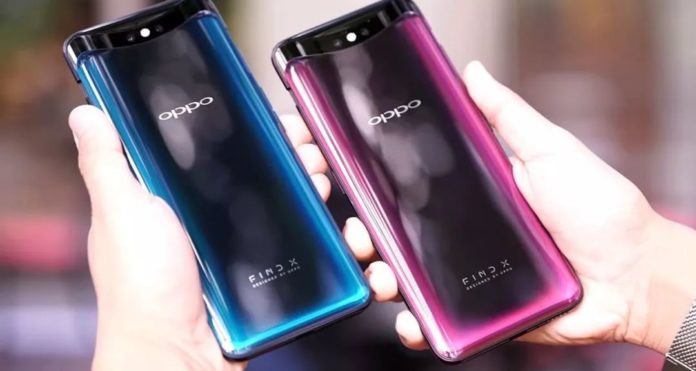 Chinese smartphone maker Oppo has officially approved the Find X2, which will become the heir to the Find X device it released last year. The new device will have better camera hardware and display features than before.

Oppo Find X was introduced to its users in June last year with a notched design thanks to its slide mechanism. The company did not provide any explanation for its successor, one of the most innovative phones of its time.

The company finally made this announcement and confirmed that the Oppo Find X2 will be released in the first quarter of next year. Just like the Oppo Find X, the new phone will attract attention with its powerful hardware and camera performance.

Oppo Find X2 features
The phone will be powered by the newly announced flagship processor Snapdragon 865. The phone will use the Sony camera sensors as cameras. The camera of the Oppo Find X2 will have a higher resolution, sensitivity, high-speed focus and higher dynamic range than before.

The new sensor will use each pixel as a phase detection pixel, which means that it can detect phase in X and Y directions. The company also said the Oppo Find X2’s display will have a higher resolution, refresh rate, color accuracy and dynamic range.

It is very likely that the phone will have a selfie camera embedded in the monitor. Although the company hasn’t announced it yet, the Find X2 is likely to have a 65 W fast charge support and a large capacity battery. The device is expected to emerge at the MWC 2020 (World Mobile Congress), which will be held in February, and will be available at a later date.

Unlike Find X2, the company will release Reno 3 and Reno 3 Pro devices in China on December 26th. Both devices will have Snapdragon 765 chips, 5G connectivity support, quad rear camera. Reno 3, drop notch; The Reno 3 Pro will have a notch in the upper left corner.