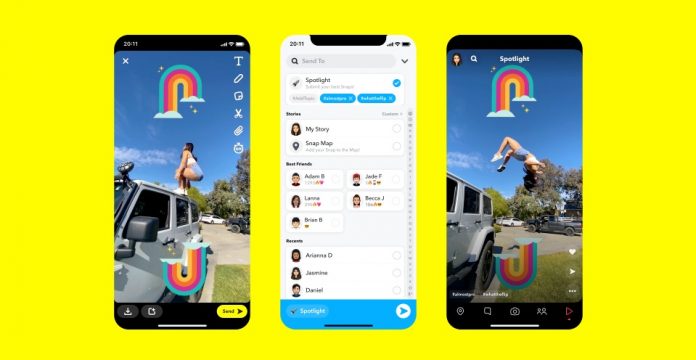 Snapchat became a rival to TikTok with the Spotlight feature it announced a while ago. The company’s financial report for the last quarter of 2020 shows the interest Spotlight has received in a short time. According to the report, the number of users of Spotlight reached 100 million in a short time.

Content created by Snapchat users in Spotlight is displayed in a special tab. Snap aims to increase user interest here by paying millions of dollars to popular video creators.

Snap CEO Evan Spiegel evaluated Spotlight’s launch performance with the following words: “In parallel with our incentive program, 175,000 videos were sent daily. Here we paid a total of $ 1 million every day to the owners of the most watched videos. ”

It is unknown how long Snap will maintain this incentive for content owners. Derek Andersen, the company’s CFO, stated that the incentive program will continue for a while to maintain the current momentum. These payments seem to have been quite effective in attracting users. According to The New York Times; Snapchat’s creative audience, mainly young people, has made serious money thanks to its incentive program.

Snapchat continues to grow outside of Spotlight as well. Having gained 15 million new users in the past quarter, the total number of daily active users of the platform increased to 265 million. The company’s quarterly revenue increased by 62 percent, reaching $ 911 million.

Facebook will insist on iPhone users for tracking permission