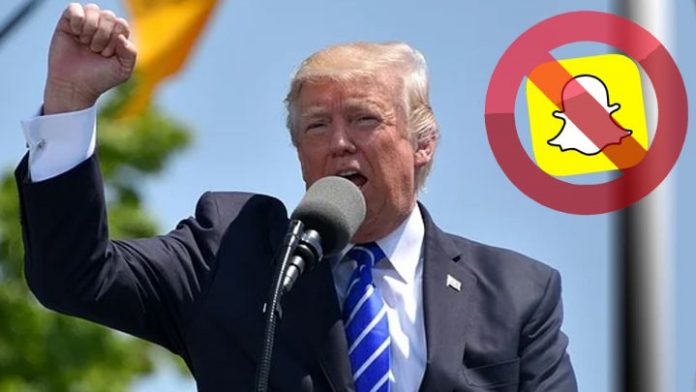 Since the assault on the Capitol took place on January 6, any movement of Donald Trump has been followed in detail.

During these last years, we have seen how the president of the United States until now, has made use of his profiles on social networks to publish all his thoughts to the four winds. In recent days, we have been able to see how Twitter, Facebook, Instagram or YouTube made the decision to block the accounts or profiles of Donald Trump. Well, now it is Snapchat that has permanently banned Trump from using his account.

A week ago, the company temporarily blocked your profile as soon as the siege of the Capitol occurred, but now it has decided to permanently block it. In recent days, Snapchat has been reviewing the president’s activity and has thought it is the best decision in favor of public safety.

Specifically, Trump would have been taking advantage of the social network to spread misinformation and make hateful posts and incite violence. This causes him to have violated the terms of use of the application and hence the decision to permanently block Donald Trump on Snapchat.

It seems that all this comes from something further back, since during the last months the one who is currently still president of the United States, he would have made publications that violate the Snapchat rules. On many occasions the company itself would have chosen to remove certain content before it was seen by many people.

These facts and taking into account Trump’s history on other platforms with messages inciting violence, has led Snapchat to make the decision to permanently block the president’s account in order to guarantee public safety. Recall that Snapchat has stopped promoting Donald Trump’s account in its Discover section, where interesting and professional content from influential, illustrious or famous people is shown.

See Also
Snapchat down: users are pushing their mouths!

Therefore, after Snapchat was the first platform to announce the temporary blocking of Trump’s account, it has now decided to follow the same steps as other social networks and has announced the permanent blocking of Donald Trump’s account in the coming days. .

In addition, he has made the decision to block certain keywords from appearing in his search bar and that were being searched by some of the president’s loyal fans as “Stop the Steal.” This is something that other social networks such as Facebook and Instagram have also done in recent days