Home Entertainment Snapchat has made 3D Bitmoji the default, and Users are Unhappy 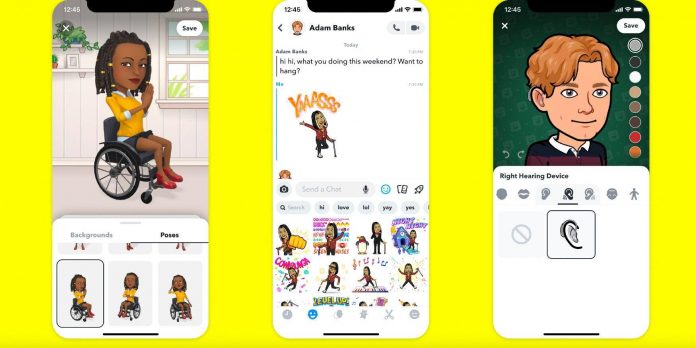 Much to the disappointment of Snapchat users, it seems that the platform has decided that 3D bitmoji are not going anywhere, and they have entered snapcodes. As a result of the recent Snapchat update, 3D bitmoji on snapcodes are now standard and cannot be converted to 2D versions. Now users have turned to Twitter to express their disappointment about the latest version.

The main feature of Snapchat, developed by graduate students at Stanford University, allows users to exchange messages and photos that are only viewable for a short time. As the popularity of the app grew, numerous features were added to Snapchat, including stickers. In 2016, Snap Inc acquired Bitstrips, a company that allowed users to create personalized avatars for comics. After the acquisition of Bitstrips, Snap Inc included avatars in stickers. Now avatars are used as avatars, emojis and decorated with snapcodes.

Many Snapchat users find 3D avatars strange and want to return their original versions. People expressed strong disgust at the update on Twitter. “The new bitmoji update is absolutely repulsive,” Kami Swoner tweeted. There are even users who warn others against updating their apps. In other tweets, users asked Snapchat to return to the old bitmoji, while others threatened to leave the platform altogether. Judging by the comments in the thread, there is no love for 3D bitmoji. Snapchat’s approval of the design is puzzling when the answers are pressed so hard.

if Snapchat makes these 3D bitmoji permanent, I will remove their idc

It’s hard to say if Snapchat will accept a negative response. It seems they are at least open to listening to what people are saying. “Hello! We are always working to improve Snapchat on both platforms, so some features may change over time. In the meantime, we will share your feedback with our team,” Snapchat replied to upset users. Since Snapchat received a similar negative reaction when it introduced 3D models in other areas of the application and did not initiate subsequent changes, it is unlikely that the update will return the 2D version.

Hi! We are always working on improving Snapchat on both platforms, so some features may change over time. In the meantime, we will share your feedback with our team.

Although Snapchat’s 3D moji may seem less appealing than the original, its platform and features are constantly being updated. With recent Snapchat updates, users can swipe vertically while in the spotlight, and a circle appears around their bitmoji selfies as they update their stories. Unfortunately, these features also receive mixed reviews. So, at the moment, Snapchat users are stuck with the new look of bitmoji. Perhaps, with all the negative attention, Snapchat will fulfill the requests of its users. And even better, maybe Snapchat will highlight 3D bitmoji soon.