Home Entertainment Snake Eyes: The Origin Leaves No Room For Rest In Its New... 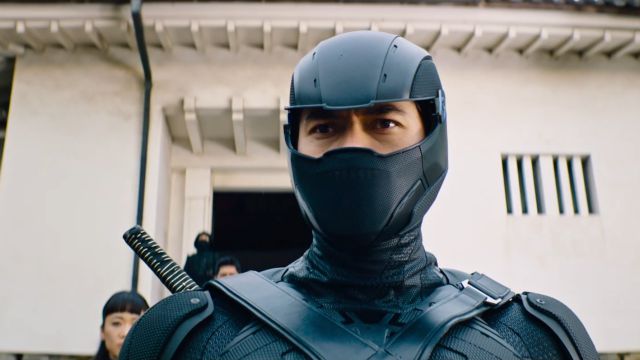 Snake Eyes: The Origin, The unbridled action of Snake Eyes: Origin is seen in its final trailer. It will be released in Spanish cinemas on August 12.Snake Eyes: The Origin reveals its final trailer. The rise of one of G.I.’s most popular heroes Joe shares unreleased scenes until now, where we see Henry Golding donning the ninja suit. You can see the full video at the top of this news. In Spain it is scheduled to premiere in cinemas on August 20.

Snake Eyes: The Origin, the portrait of the beginning of the hero

The feature film will be directed by veteran director Robert Schwentke, who has been a regular in the action genre. The two adaptations of the Divergent series, both Leal and Insurgente, are part of his extensive career, which is followed by films such as Tattoo, Flight Plan: Disappeared and R.I.P.D. Deadly Police Department, among others.

Úrsula Corberó will put the Spanish touch in the cast, led by the aforementioned Henry Golding and Samara Weaving. The three will be joined by Takehiro Hira, Iko Uwais, Andrew Koji, and Steven Allerick. The Catalan plays the Baroness, a “brilliant strategist who belongs to the upper echelons of Cobra”, one of the criminal organizations of the license.

Here is the official synopsis: “Snake Eyes: Origins stars Henry Golding as Snake Eyes, a tenacious warrior who is welcomed into an ancient Japanese clan, called Arashikage, after saving the life of his heir. Upon his arrival in Japan, the Arashikage teach Snake Eyes the path of the ninja warrior, while also providing him with something he has always wanted to find: a home. But, when the secrets of his past are revealed, the honor and loyalty of Snake Eyes will be tested, even if it means losing the trust of those closest to him. “