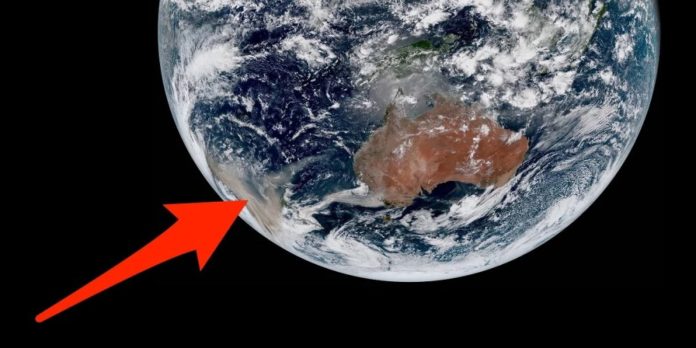 Forest fires in Australia have created a huge cloud that can be seen from space. Now NASA has made a new statement about the fire-induced smoke cloud. According to NASA, this cloud will travel around the world at least once.

The dire consequences of global warming are now being shown in Australia. The continent has surrendered to the flames since last September, and the studies are unfortunately inconclusive. Experts, natural causes of forest fires due to the effects of global warming can not be extinguished, he said.

So far, we have shared many images from Australia with you. These images sometimes included the ashes of Australia’s forests, and sometimes the nature that flourished in ash forests. In fact, the satellite imagery we shared with you revealed how large clouds of smoke were on Australia. Scientists have now made an annoying statement on this issue.

Fires in Australia create a huge cloud of smoke
American Aeronautics and Space Administration (NASA) continues to work within the scientists, Australian fire caused by the smoke cloud, at least once around the world will circulate, he said. In fact, the cloud of smoke, which turned towards the Pacific Ocean, crossed South America on 1 January and completed half of the world tour by 8 January.

According to NASA, the diameter of the fire in Australia is too large to be underestimated. So much so that the smoke produced by this fire is almost unprecedented. According to the findings, the smoke generated by the fire reaches to 17.7 kilometers above the ground from time to time. According to scientists, the rise of smoke to the stratosphere can directly affect global atmospheric conditions.

Cities in Australia face dangerous levels of air pollution due to fires. However, fires in Australia affect not only the continent, but the entire world, because it is extremely common for the cloud to reach the stratosphere to travel thousands of kilometers and these clouds can cause temporary greenhouse effects regionally.