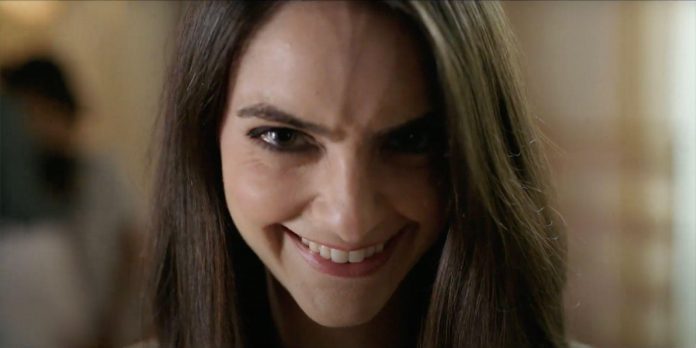 Paramount has released a new short film about the upcoming horror film “Smile” with comments by screenwriter and director Parker Finn. Finn, known in the indie horror community for his short films “Laura Didn’t Sleep” and “Hide and Seek,” talks about the process of making the film and what he hopes to achieve for the viewer.

Excitement has been building since the original Smile trailer debuted earlier this year. In the film “Smile”, Sosie Bacon (“13 Reasons Why”, “Scream”) plays Dr. Rose Cotter, a psychiatrist whose patient committed suicide in the office, but not before she suffered a terrible illness. After suicide, Rose begins to experience the same creepy smile on the faces of those she meets. Rose is struggling to save her life and discover the source of the terrifying image that appears on the faces of others more and more often. The Paramount movie also starred Jesse T. Asher, Rob Morgan, Cal Penn, Kyle Gallner and Caitlin Stacy.

In the new short film, Finn discusses his desire to create an intense psychological experience that “seems like a growing nightmare.” The smile in the film becomes a symbol of the masks that people wear. An unidentified evil uses a mask to hide its true intentions. Finn hopes the film evokes a growing and creeping sense of dread unlike anything viewers have experienced before. The short film also contains comments from the actors Penn (“House, Harold and Kumar go to the White Castle”) and the main character Sozi Bacon, who praises the unique way the camera tells the story in the film.

According to Finn, “nothing can prepare you for what will happen” in this thrilling psychological horror film. Finn’s early work in short films was met with public excitement and critical acclaim, including the winner in the category “Midnight Short Film” at the 2020 SXSW Film Festival for the film “Laura did not Sleep”. This award caused a lot of noise around the upcoming film “Smile”, given that it is based on the novel “Laura did not sleep”. “Smile” is Finn’s feature film debut.

The premiere of “Smile” is scheduled for the end of September, just in time for the October horror before Halloween, and looks like a promising mixture of screeners and slow, creeping horror, thanks to which films such as “It Follows” and “Heredity” have become popular among viewers. horror lovers. Judging by the trailer and the full-length, the gloomy atmosphere of the film, innovative camerawork and intense actions promise good prospects for penetrating the hearts and minds of horror lovers.

BTS Present At The Final Of Euro 2021 With “Butter”