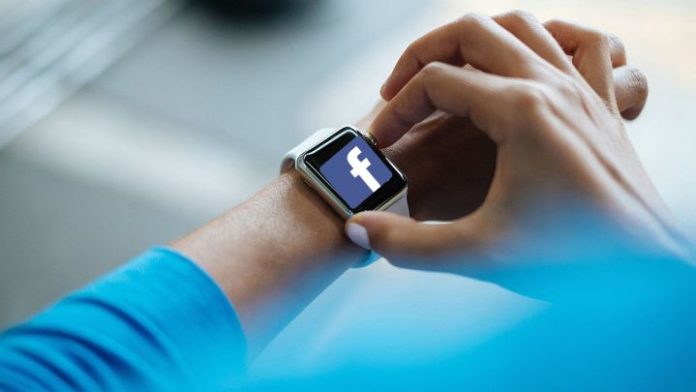 Smartwatch: There are many smartwatch proposals on the market, each one more interesting or cheaper depending on what you are looking for. But it seems that innovation does not just happen by introducing new compatible programs or adding new functions to existing ones. However, on Facebook they not only want to enter new segments but also contribute something such as two cameras to a smartwatch.

Lightness, utility and customization. These could be three of the essential features of any smartwatch. If we add a good design to this we could talk about a device that you can take with you anywhere you already have the perfect device to wear all day on your wrist and replace your analog watch. But at Menlo Park they have taken this very seriously, so much so that they want to add no less than two cameras to their smartphone design.

But this is not said by us, but by the director of Facebook Reality Labs, Andrew ‘Boz’ Bosworth, on his Twitter account. In a couple of messages he comments on the company’s plans to bring in devices that operate without the help of a mobile phone. It is clear that for the American firm eSIMs are the future and it is a matter of time before they are imposed on the market, all the more reason to bet in the future on smartwatches that work alone to call other users.

But this is not the only thing that they will be able to do since among their characteristics they promise to use two cameras. At least this is what MSPoweruser also comments, where they suggest that there will be a rear and a front one. In this way you will have the possibility to make video calls and also take shots of up to 1080p from your own wrist.

There is already an approximate price

As we told you, Facebook is working on its own independent smartwatch. There are many characteristics that we have told you about it and there are still two that the medium has commented on. The first is that there will be three colors available which will be white, black and gold. The other is something important that as a user you will be interested to know, which is nothing other than the price of the device. Specifically, this terminal will cost about 400 euros to change, although this is still a guess. About availability is still a mystery that we will have to wait to see the fruits of the Menlo Park company.

First tip for the newest member of the Realme X series