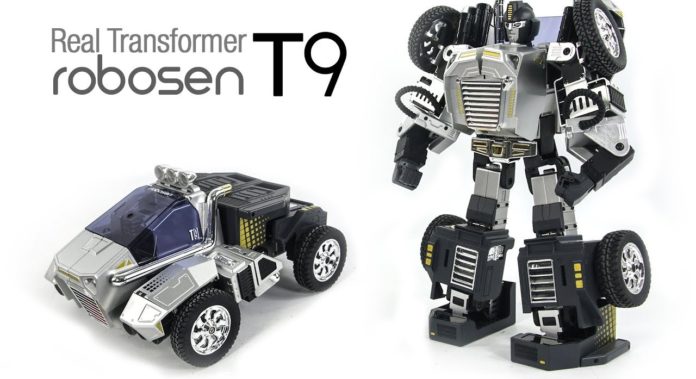 In addition to their realistic appearance, the toys have started to break new ground with their smart functions. Robosen introduces the world’s first intelligent, convertible robot T9, developed with the Kickstarter campaign. Robosen T9 can be transformed into a car like a real Transformers with the command “transform”.

This 3.2-pound smart robot with 22 programmable servo motors; He can walk, turn into a vehicle, drive, pose, dance and even push-ups. Robosen T9 is now supported by the Scratch visual programming language, which is often used in robots. With the help of several different interfaces on the tablet or phone, new movements can be programmed and controlled via a touch screen joystick.

The robot, which looks like it was made of plastic, does not have a camera. And when it turns into a car, the drive function works differently than a remote car. In car mode, the robot uses its body, not its wheels, to rotate in a snake. There is also an AR mode where you can play various games in the application interface.

The Robosen T9 is unfortunately not a licensed Transformers robot. However, it can be said that it is a real bus with its successful functions. The T9 is currently a very expensive robot at $ 500 in Amazon. Funded with the Kickstarter campaign launched last year, it was announced that the price of the robot will be close to $ 400 before.

You can see how the robot works in detail in the following video: