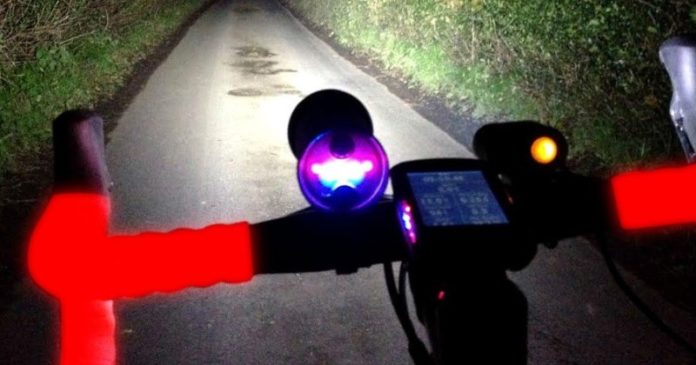 The number of bicycle accidents also increases during these times when bicycle use increases. A company that aims to minimize these accidents has designed a bicycle that will prevent you from having an accident by warning in dangerous moments.

While cycling routes are added to cities around the world, many people use bicycles for environmental reasons and a healthy life. Bicycle accidents are increasing day by day due to the increased use of bicycles.

Most of the young people use their phones to listen to music while cycling and use the navigation, which allows them to find places to go; that is, we can say that many bicycle accidents are related to lack of attention. A Philadelphia-based company called SafeSense aims to solve this problem with an artificial intelligence warning system. This system will light and vibrate the smart handlebars that allow you to steer the bike when a hazard occurs.

According to the company, this is just the beginning:
SafeSense uses the technology of the future to keep cyclists safe. Bicycle; artificial intelligence system equipped with object recognition and tracking technology. This technology allows the sensor to filter vehicles on the road and send a warning to the driver. The sensor understands what is threatening and warns accordingly.

The sensor also has the capacity to learn the driving style of the driver and the environment in which he drives to make the warnings accurate. According to the theory, each driver will receive a warning according to his own requirements. SafeSense includes a feature called Smart Ride Recording. Thanks to this feature, all threats are recorded in the system. By looking at the videos from this system, drivers decide whether they are really threats, and thus, artificial intelligence works more efficiently.

France safes; Jibran, the founder and CEO, appeared after he had survived many accidents in Philadelphia and witnessed a friend’s car accident. The team of cyclists came together to increase the safety of bicycles, as they knew the dangers that occurred on their own or on others. SafeSense is not currently available, but will be on Kickstarter in the next few months.

Samsung Launches Galaxy F52, Which is Very Similar to The A52...