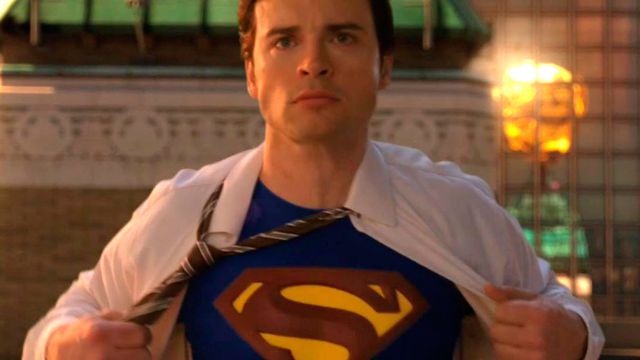 Smallville: The long-remembered live-action series from The CW will have an animated sequel with Tom Welling and Michael Rosenbaum following their presence in Crisis on Infinite Earths.Superman fans are in luck; And it is that despite the uncertainty about the future of Henry Cavill in the cinema as the Man of Steel (after his last appearance in the Snyder Cut of Justice League), many other projects related to the character of DC go ahead , from the next movie with the first black Superman of the cinema to the current Superman & Lois series that is being a success. To all this we must now add a new project that intends to continue with the remembered Smallville series through a sequel with a new animated series with the main actor himself, Tom Welling, retaking his role as Superman.

This was announced by Tom Welling himself through a recent video on Cameo: “Michael Rosenbaum and I are working on an animated series that will bring those characters back, and will use as many original cast members as possible”, has assured the actor. Of course, at the moment nothing more is known about this new series and in what phase of production it is at this moment or the broadcast platform.

Recall that Tom Welling already participated in the television crossover Crisis on Infinite Earths of the Arrowverse as the same Clark Kent from Smallville, a miniseries in which we also saw Brandon Routh’s Superman from Superman Returns in his version of Kingdom Come.

On the other hand, Smallville already had a sequel in comic format as season 11; However, it is not known if this new animated series will take into account these two appearances of Welling’s Clark Kent or will go its own way from the end of the original series, when Clark puts on his Superman suit.

Days Gone deserves a second part; a matter of trust

Deathloop challenges his infinite loop in a new trailer