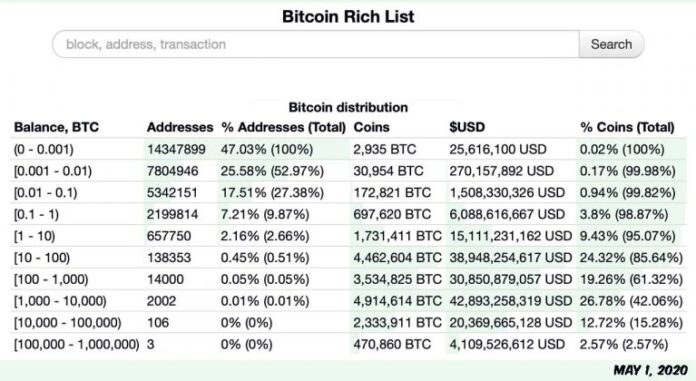 Addresses holding 100 to 1000 BTC decreased
The number of wallets with at least 100 BTC in December 2018 was 14,809. Today this number is exactly 14,000. The table reveals that small traders sell their BTC to large traders. On Black Thursday, which took place on March 12, 2020, Bitcoin’s price dropped to $ 3600, popular exchanges such as Kraken, Binance, and Coinbase reported that there was a huge wave of buyers that day. Even the famous computer expert Edward Snowden announced that he wanted to buy Bitcoin for the first time in a while.