Home News SM Entertainment canceled a Halloween party after a stampede in Itaewon —... 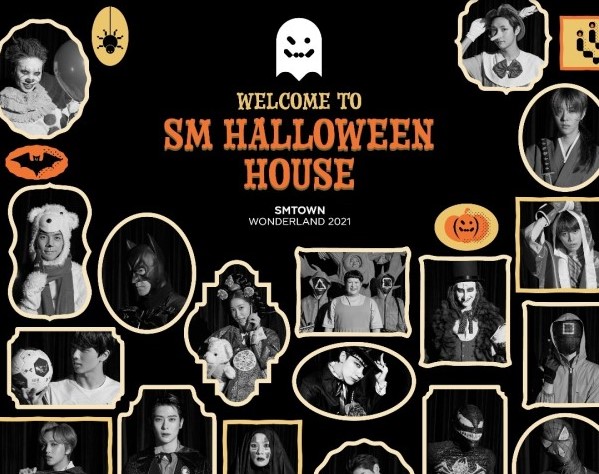 In an emergency message, SM Entertainment announced the cancellation of its annual Halloween party “SMTOWN WONDERLAND 2022”. Keep reading to find out what happened.

On October 30, the SM Halloween party, which was planned to be held in about four years, was unfortunately canceled.

In an emergency notice posted by SM Entertainment early that morning, they informed K-pop fans of the reason behind the Itaewon crowd and asked for their understanding.

Here is the full notice from SM Entertainment:

“This is SM Entertainment.

We inform you that the live broadcast of the red carpet “SMTOWN WONDERLAND 2022″, which was supposed to be broadcast live for free on the global platform Beyond LIVE for KWANGYA CLUB ACE members for an hour from 6:15 KST, has been canceled.

Since the SMTOWN WONDERLAND 2022 event itself has been canceled, the red carpet will not be broadcast live, so we ask for your understanding.

After this announcement, SM Entertainment also changed their SNS profile images back to the original one, having previously changed it to a Halloween theme.

Meanwhile, SMTOWN WONDERLAND is SM Entertainment’s private Halloween party, which attracts the close attention of fans from all over the world every year, and a large number of SM artists had to attend to shine.

This party, also known as the “Met Gala of K-pop”, is especially popular thanks to the well-trained artists of the iconic Halloween costumes, and every year the question arises who will receive the grand prize for being the best. dressed.

However, SM Entertainment quickly decided to cancel the event, as there was a shocking stampede in Itaewon, where 100,000 people gathered early in the morning. In the context of Halloween celebrations at that time were also held in the Itaewon district in Seoul.

But due to an unsuccessful crowd crush, 149 people were killed and 76 injured in a stampede in Itaewon as of 6 a.m. Korean time on the 30th, according to fire authorities.

Choi Seong-beom, the chief of the Yongsan Fire Station in Seoul, said:

“There is a possibility that there will be deaths in the future, since the seriously injured person was transferred to the hospital after cardiopulmonary resuscitation.”

SM Entertainment canceled a Halloween party after a stampede in Itaewon — what happened?

Due to the stampede in Itaewon, as of 7 a.m. in Seoul, 270 reports of missing persons were received, of which 250 were received by phone, and 20 by visiting. The police have already been notified.

The WSJ explained that the event held in Itaewon before Halloween was the first time since the beginning of the global COVID-19 epidemic, and many rules, such as working time restrictions and the obligation to wear outdoor masks, were canceled.

“Some witnesses said that as the evening deepened, the crowd (in Itaewon) became increasingly agitated and lost control.”