Home Entertainment Sleepaway Camp 4: The Survivor Canon with other movies? 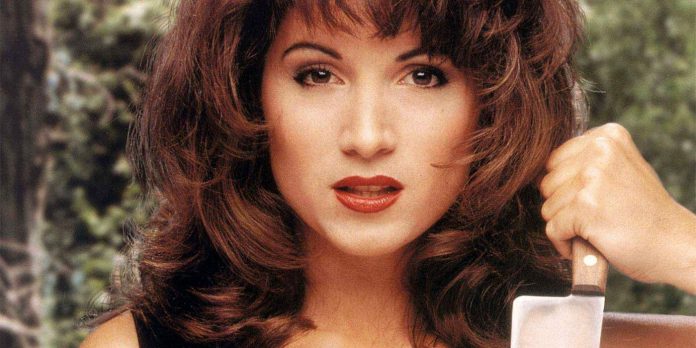 Sleepaway Camp 4: The Survivor occupies a unique place in the series, but is it canonical compared to other films? John Carpenter’s Halloween is considered one of the greatest horror films of all time, and he accidentally became a role model for other slashers. “Friday the 13th” was one of the first to come out and significantly increased the level of cruelty and sexuality. Many similar films soon followed, among the most famous of which were “My Bloody Valentine” and “Sleeping Camp”.

While many of the early 1980s slashers have been almost forgotten, the 1983 Sleepaway Camp is not one of them. The story tells about cousins Ricky and Angela who visit a camp being chased by a mysterious killer. Sleepaway Camp is remembered for its shocking ending, in which Angela turned out to be a murderer. Since the 1980s were the time of the franchise boom, two sequels followed: Sleepaway Camp II: Unhappy Campers and Sleepaway Camp III: Teenage Wasteland, filmed one after the other. Pamela Springsteen, Bruce’s sister, played Angela in both films, which are a mixture of black comedy and slasher.

Related: Scream 2022 Should End the Franchise (for Real This Time)

Sleepaway Camp 4: The Survivor is a unique film for several reasons. Despite the name, Sleepaway Camp 4 was the fifth released film. The story follows Allison, a supposed survivor from the original trilogy, who suffers from amnesia and revisits the camp in hopes of regaining her memory. The production company of the film went bankrupt during filming, that is, only about 30 minutes were shot. These shots of Sleepaway Camp 4: The Survivor were later compiled for the franchise’s box set, and in 2012 the sequel was finally “completed” when the footage was mixed with scenes from the first three films in the montage. Given the confusing origins, is Sleepaway Camp 4 canon?

This is a difficult question, because it can be reliably stated that this is not the case. Sleepaway Camp 4: The Survivor is a mess; it’s a patchwork of footage from the cancelled sequel production stitched together – sometimes very randomly – with scenes from other Sleepaway Camp films. It doesn’t even work as an effective commercial for a TV series, and even at 70 minutes it can be grueling hours. In “Sleep Camp 4,” which took 20 years to release, the big twist is that Allison is Angela, who lost her memory after the third film. This doesn’t quite work as a twist, given that there were no survivors in the first three films, and that “Allison” has elaborate flashbacks to scenes in which only Angela was present.

Obviously, Allison as Angela wasn’t supposed to be the turning point in Sleepaway Camp 4. If the movie had been finished, Allison would have run into two other tourists, and the character named “Ann” was actually Angela in disguise. Although “Survivor” is not liked by fans of the series, it can be considered the canon of the original series. In 2008’s “Return to Sleep Camp”, which also received poor reviews, the events of the second and third films were ignored, but following this canon, “Sleep Camp 4: Survivor” almost works, although many would prefer to ignore it.