Home Entertainment Slack Down: The Service Gives An Error In The Web And In... 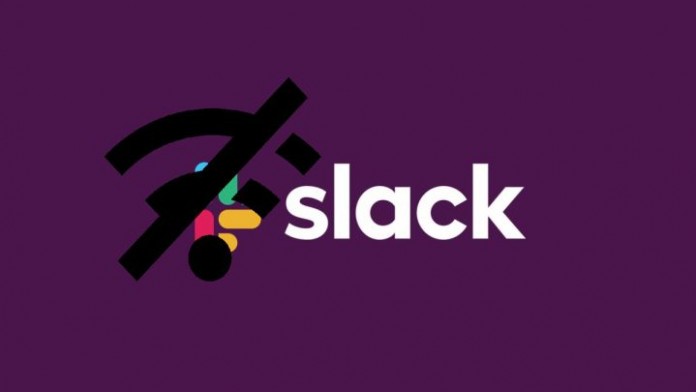 Slack: At this time the number of user reports has decreased considerably, but they are still occurring. Although it is possible to use Slack on the web and on mobile, their service seems to be quite unstable while they continue to recover it from the company.

Launched 9 years ago, in 2013, Slack is an instant messaging platform based on the Cloud, and as such it has applications for Android mobiles, iOS, a version for macOS, Linux, Windows and even a web version in browsers. Ideal for business environments, the platform allows you to join a Work Group that can be divided into one or more channels.

In addition, in a real-time conversation, a separate thread can be created, like in a work email, to have a parallel conversation that does not interfere with the topic of the channel itself. But a while ago it has not been possible to talk in it in any way, because its service has been down.

Slack down on web and mobile app

As we see in DownDetector, Slack has suffered a drop in its services: as of 2:53 p.m. today, Tuesday 22, the first user complaints and reports began in Spain, and then at 3:23 p.m. the drop has registered the maximum peak of reports, being like this for an hour.

Slack remains down both in its version for browsers and web pages and in its mobile application version. If you try to load it on the web, you get an error and the interface does not even appear. If you try from the mobile app, the message is not sent. In both ways you cannot right now share files, images, videos, make voice or video calls, share your screen, share a channel of your company and/or team with a client, etc.

The Sims 4 Celebrates Its Golden Anniversary With The New Expansion...

Lucifer: Tom Ellis Talks About The End of Season 6 and...