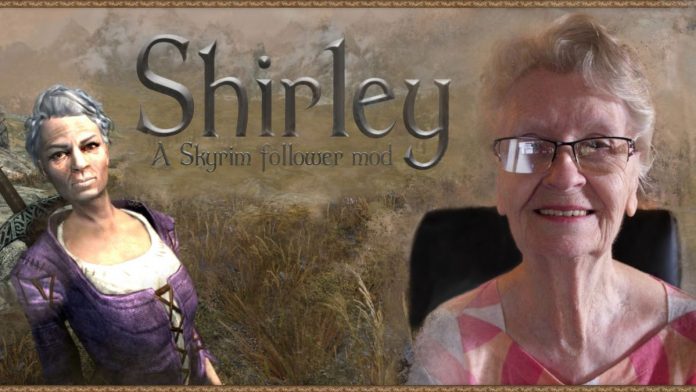 Skyrim: Shirley Curry, known as Skyrim’s grandmother, already has a character based on her within the game itself; available on PC and Xbox consoles.The video game is made up of many stories, and that of Skyrim’s grandmother, Shirley Curry, is one of the most curious we’ve seen in recent years. Her dedication to The Elder Scrolls V: Skyrim, a title she decided to broadcast on her YouTube channel several years ago, has ended up receiving its reward: the 84-year-old veteran streamer already has a character based on her, available through of a curious mod that also integrates his own voice.

The mod in question has been developed by The Circantolious Team of Modders and can be applied to the versions of the title for PC and Xbox consoles. If you want to try it, you just have to look for her name, Skyrim Grandma Shirley Curry in the mods section of the official Bethesda website (also available in Nexus Mod in the case of the compatible version). The launch trailer follows.

It’s been almost four years since Shirley Curry started uploading videos of her games to The Elder Scrolls V: Skyrim. Soon after, she decided to play streaming and today she already has close to one million subscribers. Among the many videos of her there is a great variety in terms of ways of playing; building different character builds, feats, and even mods. Many of her videos accumulate hundreds of thousands of views. A story that for many began as a mere curiosity, but that has shown that enjoying video games is something that she does not understand for ages.

Recently, Curry announced that he would take a break to relax and escape the stress caused by the comments that some people were leaving him in his videos: “I know that I should not let these things stress me, but they do,” he commented, not without before claiming that despite some cases, their community is “wonderful.”

The Elder Scrolls V: Skyrim is available in its Special Edition version (includes graphical improvements and all its expansions) on PC, PS5, PS4, Nintendo Switch, Xbox Series X | S and Xbox One. In addition, Bethesda’s game is part of from the Xbox Game Pass catalog.