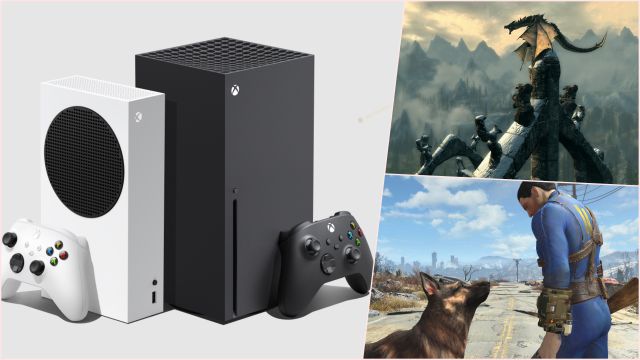 Five titles from the Bethesda factory will take advantage of the FPS Boost enhancement on Xbox Series X | S starting today, March 15. The games selected are Skyrim Special Edition, Fallout 4, Fallout 76, Prey, and Dishonored: Definitive Edition, which in turn were part of the recent spate of additions to Xbox Game Pass.

In a message posted via Xbox Wire, the division has confirmed what we can expect from these improvements in the titles mentioned above. They point out that the rate of images per second will increase to 60 fps, although some visual concessions will be made to ensure a stable experience.

“At times, because the graphics requirements increase when enabling FPS Boost technology, we had to lower the resolution of the game to make sure it ran and played well,” says Xbox. “In those select cases, such as Fallout 4 and Fallout 76, FPS Boost will not be automatically enabled for Xbox Series X players.” We will know that a game has the function activated when we see the tab with the same name after pressing the guide button, next to auto HDR.

You can manage its activation from the game administration menu, where you will see Compatibility Options, the new tab that includes these improvements of the console’s backward compatibility service. In the same statement we can read that they have “more games with FPS Boost support” to announce in the coming weeks; the five named join the first compatible wave, among which were Watch Dogs 2, Far Cry 4 and UFC 4, among others.

FPS Boost is available in the two available models of the new generation of Microsoft. If you have not yet seen the changes first hand, you can see their new behavior through this link.

Netflix Refund Text: Is It Really Just a Bait to Trick...