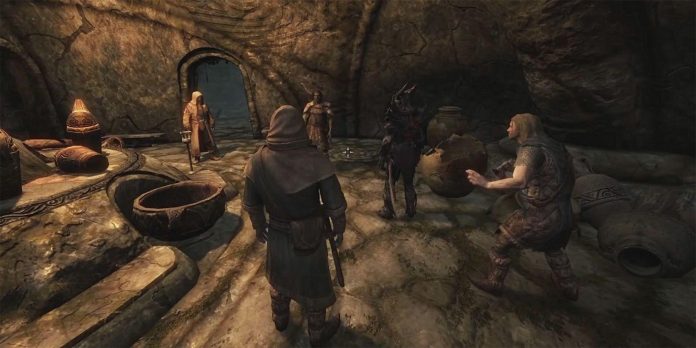 There are several games like Minecraft by Mojang and Skyrim by Bethesda that have been around for over 10 years and are still as popular as the day they were released. The incredible longevity of these video games can be partly explained by their vast worlds that never feel fully explored, and the limitless creativity they inspire players.

In Skyrim, this ingenuity is expressed in a variety of mods developed by the community. Almost everything that players can come up with, there is a Skyrim mod for this — correcting notorious errors in the name, adding quality of life adjustments, scaling textures or adding kiosks with hot dogs and hamburgers. There are mods that turn Skyrim into Star Wars, Red Dead Redemption 2, and even add areas from Morrowind such as Sheogorad and Bleakrock to the game.

One Skyrim mod called Skyrim Together was in development for many years before progress stopped in 2019 when the developers of Skyrim Script Extender discovered that the mod’s development team was using its code without permission. Since then, the mod has been redesigned and restructured to add co-op and multiplayer features to the Steam Skyrim Special Edition. An updated version of the add-on, called Skyrim Together Reborn, will be released on July 8.

Skyrim Together does what the name suggests and allows 2 to 8 players to enjoy the game together. There is even a PvP mode, although it is disabled by default. The lead player creates a group and is responsible for interacting with non-player characters and mining quest items, and as the quest progresses, progress is saved for each member of the group. The Skyrim Together development team also recommends that the same player act as the host throughout the entire passage.

As a member of the group who is not the master, players can kill quest monsters and bosses, clear dungeons and solve puzzles. All Skyrim quests, NPCs, dragons and monsters are fully synchronized between all players, including animations, death states and locations. Items from chests, NPC inventory, pickpocketing, lock picking, and dropped items are also synchronized, and for this reason, pause is disabled in most menus. However, random encounters such as hunters, prisoners, and couriers may not appear in every world.

The development team also warns that, being a rather complex add-on that synchronizes the progress of several players, Skyrim Together can potentially contain errors, as well as crash from time to time. The compatibility of the add-on with other mods has also not been thoroughly tested, so the team advises disabling other mods first. Skyrim Together is also still under development, and modders plan to implement additional features in the future, such as syncing the weather between players and adding markers to the map. Despite the limitations, the opportunity to play Skyrim with friends may be useful for some fans.

Star Wars: The Book of Boba Fett Nuances A Scene From...