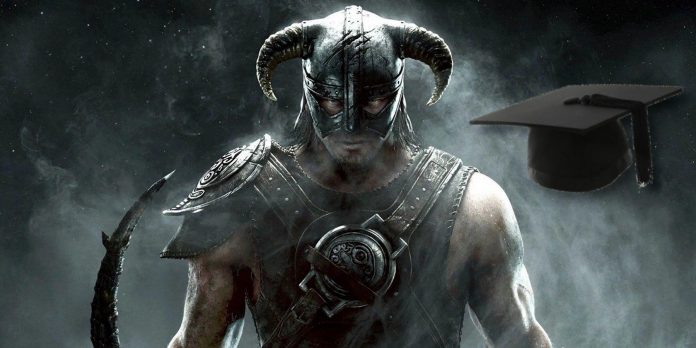 The world of The Elder Scrolls 5: Skyrim is simply teeming with content. As one of the most beloved open-world games in the current environment, millions of players have spent the last 11 years fighting dragons, fighting bandits, completing quests and simply exploring this part of the much larger Tamriel kingdom set in the series. Q. However, it’s not always about action and sword fighting. Sometimes players want to really change the world, especially for those who are interested in more scientific pursuits.

As PCGamesN noticed, a user known as Zamio1 created such a mod for Skyrim that allows players to participate in research and write academic books. Dubbed the “Skyrim Scholarship,” the Dragonborn can stop participating in wild adventures for a while and work with some of the game’s famous scientists, including Parturnax, to improve their general research and writing skills. This seems to give better combat prowess, depending on what the player decides to study.

Among other things, you can conduct a study of the Dwemer race The Elder Scrolls, who, according to Lore, disappeared, but left their technology. Players can also decide to write a dissertation about the Falmer or ancient Nords. As the level of writing and scholarship increases, this means that Dragonborn can create better books. According to the mod’s description, location may also matter. For example, while in the Arcaneum, which is a library in the College of Winterhold, players will have access to a large number of books. However, it seems that conducting field research is no less important.

There are many interesting books in Skyrim. Many of them are just for reading, they contain all kinds of stories and historical accounts of past events, which gives fans the opportunity to learn more than what is shown in the game. However, there are special skill books that enhance a particular skill when opened. However, the Zamio1 mod sounds like a unique one, as it really means that players can put on their metaphorical tweed jacket and do good old scientific research.

It is probably thanks to such add-ons that the game is still strong after more than a decade. With many interesting mods, such as the one that allows Skyrim players to conjure with a lute, the community is awash with many talented teams and individuals who are looking to expand an already quite huge world.