Home Entertainment Skyrim mod allows players to create magic with a lute that can... 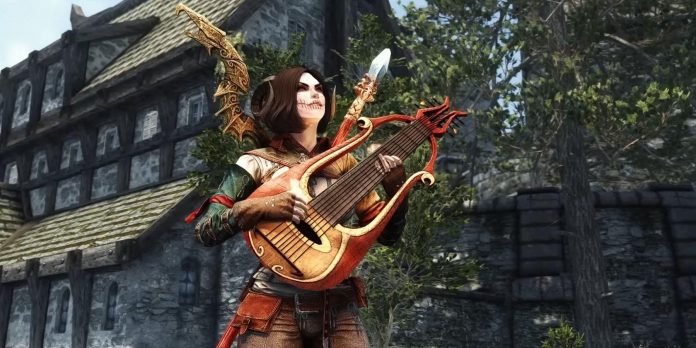 It’s fair to say that The Elder Scrolls 5: Skyrim makes the most of the time spent in the spotlight. However, many will agree that it’s time to move on. But since Bethesda is currently concentrating on Starfield, it may be some time before fans hear any details about TES6. In the meantime, there are plenty of ways to extend the playing time in the 2011 open-world epic. There are many mods that can change the world of Tamriel, sometimes with music.

As PCGamer noticed, a user known as Monitor144 has created an add-on for Skyrim for those who like to mix magic with music. This mod, called “Bard Magic Overhaul — Cast Like a Bard”, will allow players to cast spells on their enemies by playing the lute. A video by YouTuber Mern shows him in action when the Dragonborn plays an instrument, which then emits a destructive spell on the attackers. The most interesting thing about it is that it allows you to add your own music. According to the mod’s description page, it should be as simple as replacing an audio file with something else.

link: Skyrim mod adds a Nemesis system in the Shadow of Mordor style to the game

Being a bard in Skyrim is not really something that is possible in the vanilla build of the game. However, thanks to the power of the modding community, there are ways that players can reveal their inner musician. One example is the game Monitor144, but last year another game was released called “Skyrim’s Got Talent”. Thanks to the JaySpera modder, fans can now put on a lute and show off their string playing skills in Tamriel.

There are just a lot of incredible mods for Skyrim, which probably explains why the game is still strong, despite the fact that it was released more than a decade ago. Some add-ons change the game in several ways, for example, changing the user interface or fixing some bugs that the developer seemingly forgot about. Then there are those that add a lot more content to the game, further expanding the possibilities.

As one of the most famous open—world games in recent history, Skyrim is something many probably grew up on. However, it’s true that many would prefer Bethesda to provide more detailed information about The Elder Scrolls 6. A teaser trailer was shown in 2018, but since then the studio has remained silent about what is happening with this long-awaited sequel.