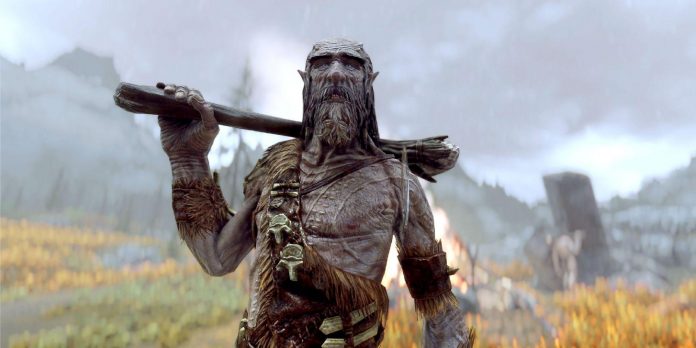 Part of what makes The Elder Scrolls 5: Skyrim so special for fans is the stories they can tell in the game, regardless of the main or side quests. Another game that conveys this spirit is Middle—Earth: Shadow of Mordor with its Nemesis system. This creates a new gameplay filled with player-driven stories and was one of the key advantages of the game. In combination with Skyrim and Shadow of Mordor, one modder added the Nemesis system to the RPG from Bethesda, which gave impressive results.

For those who don’t know, the Nemesis system in Shadow of Mordor was a way to turn harmless enemies into formidable opponents who harbored a grudge against the player. Every time a player died because of an orc, that orc was promoted and added to the list of already named Nemeses that the player could track down and fight again. Unlike games like Skyrim, where players can die and repeatedly reload their saves to defeat the enemy, Shadow of Mordor will keep a permanent peace. Part of the fun of this system was that it failed and saw this enemy continue to grow. Thanks to some Warner Bros. patents, the Nemesis system did not get into other games, but has now found an adaptation in Skyrim.

Created by the Syclonix modder, the Shadow of Skyrim mod turns any enemy that defeats the player into a Nemesis with a unique name. An improved enemy has improved stats and a special buff, such as the ability to break a shield, which makes players think about a new approach to combat. The mod also gives players a negative effect after death and allows Nemesis to steal armor from players and use it to strengthen their defenses in later encounters. Players can remove their debuffs and regain their weapons and armor only by defeating their Nemesis. Shadow of Skyrim allows players to have up to five sworn enemies at the same time and keeps them within 25 levels of the player so that everything remains fair. In addition, players can only hold grudges against standard enemies in Skyrim, which means that quest non-player characters or plot characters are not allowed.

Syclonix has also taken many steps to really integrate the mod with the whole game thanks to the new death system. Shadow of Skyrim turns the base game into an ongoing experience, like Shadow of Mordor, where players don’t restart on the last save when they die. In the roguelike turn after death, players appear in one of the many places in Skyrim that can change depending on who killed the player. Syclonix explicitly stated that Shadow of Skyrim is inspired only by Monolith games and does not infringe WB patents on the Nemesis system, as it does not include some important elements such as factions, hierarchies and power levels. His changing rebirth locations and buffs/debuffs mechanics help separate him from his sources of inspiration.

Fans can download Shadows of Skyrim from the Nexus Mods website, where at the time of this writing it has been downloaded over 4,000 times. Syclonix also stated that this is not all. The modder plans to add more content, including additional titles and Nemesis buffs, player debuffs, respawn points and other mechanics. The mod has a lot of room for growth, and it proves that more than a decade after its release, the Skyrim modding scene continues to create new and exciting content that gives the game incredible vitality.

Explanation of the love of the daughter of Gorr: eternal origin...