Skyrim: Bethesda is gearing up for the release of The Elder Scrolls V: Skyrim Anniversary Edition, the edition that commemorates 10 years of the game’s original release, but the update is not a cause for celebration for everyone: modders are very concerned about the future of the scenario after the arrival of the update.

Since the game hit the market, the mods scene has strengthened a lot and is now very popular among gamers — even being encouraged by the game’s developer. One of the ways to add modifications to the RPG is using Skyrim Script Extender (SKSE).

And that’s where the problem lies: with the game update, Bethesda should automatically change the SKSE from the 2015 version to the 2019 version. With that, several mods will simply stop working. To make matters worse, several of these mods were created by modders years ago, and most of these people now work on other projects. This means that the old mods, now defective, are unlikely to be fixed.

This situation should really happen, at least according to the PC Gamer website. According to the publication, copies of Skyrim Anniversary Edition will simply be a patch applied to the base version of the game, including Bethesda’s Creation Club, all using the 2019 version of SKSE.

To fix the game file modifications, adapting them to the latest Skyrim Script Extender, it would be necessary for modders to practically code their mods from scratch, redoing the entire process. And this probably won’t happen, causing several popular mods to crash in the new edition of the popular RPG.

To prevent their mods from crashing, Bethesda suggests players back up their game executables and disable updates on Steam before the release of Skyrim Anniversary Edition, which arrives on November 11th. 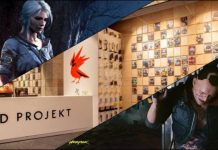 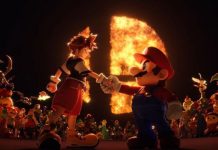 Super Smash Bros. Ultimate: Sakurai Explains How She Negotiated With Disney To Include Sora