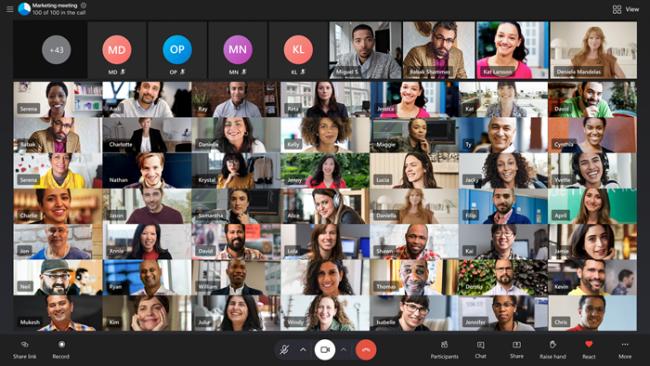 Remember Skype, the messenger that was successful until the early years of the last decade but lost space to other apps? The platform got an update recently bringing several new features and some bug fixes, even though it is overshadowed by competitors and even its “brother”, Microsoft Teams, on systems like Windows 11.

In the Windows, Mac and Linux version of the program, for example, Skype 8.79 brings a modernized calling experience, according to Microsoft, which has owned the software since 2011. The new tools for video conferencing are also available in the web version of the messenger.

Now the user has more options to customize the viewing of a video call with family, friends or co-workers. Among the options, you can choose a mode with up to 10 video streams at once, or display the gallery with up to 49 feeds on screen, for calls with many participants.

Other options offered are “Together” mode, with two participants appearing side by side on the messenger screen while they are chatting, and “Speakerphone” mode, which prioritizes showing who is currently speaking. These and other alternatives can be chosen using the “Toggle View” button.

Skype 8.79 for Android and iOS

Anyone who uses Skype on mobile and tablet will also notice some differences when updating the classic messenger. The main highlight is the filters for contacts, which gained a more modern look when defining how your friends appear in the program (everyone, only the currently active ones or those you’ve recently chatted with).

There are also several bug fixes in Skype 8.79, eliminating issues that generated complaints from users. Messenger crash when ending calls, notification error that prevented chat from opening on iPhone, and a bug related to adding credits in Windows are some of the bugs fixed.