Microsoft’s official voice, video and chat app, Skype has been receiving updates over time that make the app more relevant to its users, something that in part helps it gain more strength to compete with Zoom , which had increased attention in times of pandemic.

After confirming the availability of support for calls with up to 100 participants and including the “raise your hand” feature in Skype Preview, Microsoft officially begins to adapt its calling app for Android 11, taking advantage of the features implemented by Google.

Identified as Skype v8.67, the version in question brings as its main highlight the implementation of the floating bubble notification system, similar to what we have seen for some time being used by Facebook Messenger, thus allowing simpler access.

However, there is an apparent limitation in the novelty: although the version in question is already available in the official Google store, at least apparently, the novelty in question requires use on a device that has Android 11 installed, with no expectation. implementation in previous versions of the system. 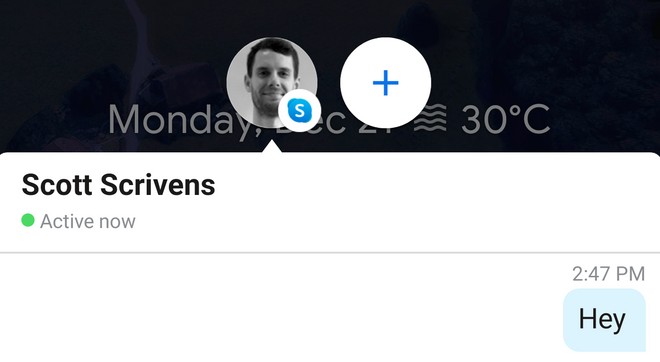 If you have a device with Android 11 on board and want to activate the novelty, you can do so through Settings> Applications and notifications> Notifications> Bubbles, which will include a button in the lower right corner of the message notification, allowing you to open the system. bubbles.

Not least, in addition to the bubble system, the new Skype also took advantage of the “Priority Conversations” and “Conversation Space” features seen in the latest version of Google’s operating system.

Tesla to have autonomous driving software in 2021